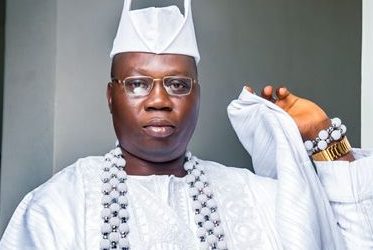 Aare Onakakanfo of Yorubaland, Iba Gani Abiodun Ige Adams, has described the death of the sons of the General Overseers of the Redeemed Christian Church of God, Pastor Enoch Adeboye and that of  Gospel Faith Mission International, Pastor Elijah Abina, as one death too many, adding that God is surely unquestionable in all respects.

Adams, who had earlier sent a letter of condolences to Adeboye,  in a statement by his Special Assistant on Media,  Kehinde Aderemi expressed shock that the shining light of the young Adeboye went dim at such a young age when his spiritual strength was needed most.

“I was short of words when the news broke out that we lost Pastor Oluwadare Adeboye. It was one loss too many and I feel pained that we lost the younger Adeboye at such a time when he was still active in the service of the lord.”

While describing the late Oluwadare Adeboye as an exemplary young man that was filled with the holy spirit and talent, he said the late Adeboye was a true embodiment of a young, vibrant servant of God.

“At this grieving moment, I share in your grief and that of the Christian community all over the world, but I am sure you will definitely take solace in the words of the lord who giveth and taketh”.

While drawing inspirations from Pa Adeboye’s sermon and response a few days after the incident that he cannot query God, but rather continue thanking Him for whatever happens to him, Iba Adams added that such response was a true reflection of the cleric’s dept of spiritual knowledge, wisdom and understanding of the words of the  lord who, according to him, never shares His glory and has the only power to give and take.

“With Baba’s sermon and response, it shows his deep knowledge, wisdom, and understanding of the words of God. I am not surprised at the way Daddy G O responded to the sad incident. He is truly in the spirit and had learned a lot through the scriptures. So on behalf of my family, I want to  urge Baba to be strong and continually take solace in the most high God even as I pray God to give him and the rest of the family the fortitude to bear the irreparable loss because sad happenings like this tend to distract and challenge the faith of every man of God”, he said.

Pastor Oluwadare Adeboye, 42, died on Tuesday, May 4, in his sleep and burial arrangements as announced by the family holds this week.

In the same vein, Aare Adams also commiserated with the General Overseer of The Gospel Faith Mission International, urging the cleric to be strong at this trying time.