Ganduje requested for relocation of Sanusi to Nasarawa after removal — Gov. Sule 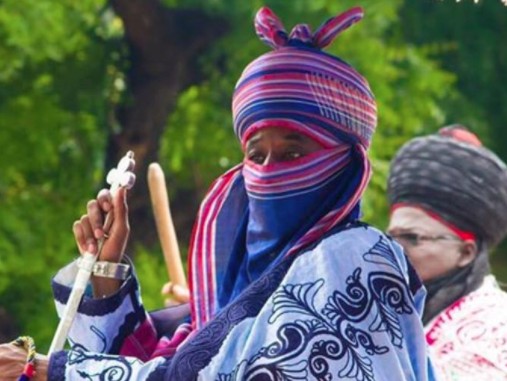 The Nasarawa State Governor, Abdullahi Sule, has revealed that it was the Kano State Governor, Abdullahi Ganduje, who called him to request for the relocation of Muhammadu Sanusi to his state after he was removed as the Emir of Kano.
This revelation runs contrary to the claim of the Kano State Government that it did not banish Sanusi from the state after his dethronement on March 9, 2020.
Governor Sule, who spoke on Channels Television’s Sunrise Daily on Monday, said Ganduje called him to receive Sanusi.
He said: “Yes, we were consulted after he (Sanusi) was removed as Emir.
“So when they made the decision to remove him, the governor directly called me and said: ‘We have just removed the Emir.’
“He said since he has been removed, we have to take him somewhere.
“‘We have decided to relocate him to Nasarawa.
“‘Will you accept him?’
“Who am I not to accept someone like the former Emir of Kano?”
Sule said his friendship with Sanusi dated several years back.
He said when he was the Group Managing Director of Dangote Group, the deposed Emir was the Group Managing Director of First Bank before rising to become Governor of the Central Bank of Nigeria.
He said when Sanusi emerged as the Emir of Kano in 2014, the state was his second-largest market for Dangote Industries Limited after Lagos State.
Explaining that it would be a great honour to receive him, Sule said he pleaded with Ganduje to decide on the location to host Sanusi.
He said: “The only thing I will plead is that you allow me to select where he will go.
“I know where he will go is going to be a factor if people don’t understand where he is.
“And his safety was of utmost importance to me.”
Sule’s position runs contrary to the impression given by the Attorney-General and Commissioner for Justice of Kano State, Ibrahim Muktar, who said the state government did not banish the deposed Emir.
Muktar, who also spoke on Sunrise Daily last week Wednesday, said: “If you listen to the Secretary to the State Government when he was addressing the press on the issue of the removal of the emir from office, there was nowhere he stated that the emir was banished from Kano State.
“So, the decision of the government when the emir was removed on Monday was that he was removed from office and a new one appointed.
“The issue of banishment was not part of the decision of the Kano State Government.
“We have been hearing from the media that he has been banished but what I know is that he was taken out of Kano State but banishment was not part of our decision.
“There is no such decision to the best of my knowledge.”
Muktar said security agents decided to whisk Sanusi away from Kano State due to intelligence reports they had.
He said it was normal practice for deposed emirs to be moved away to maintain peace in the state, adding that such action was not in contravention of the constitution which guarantees freedom of movement.