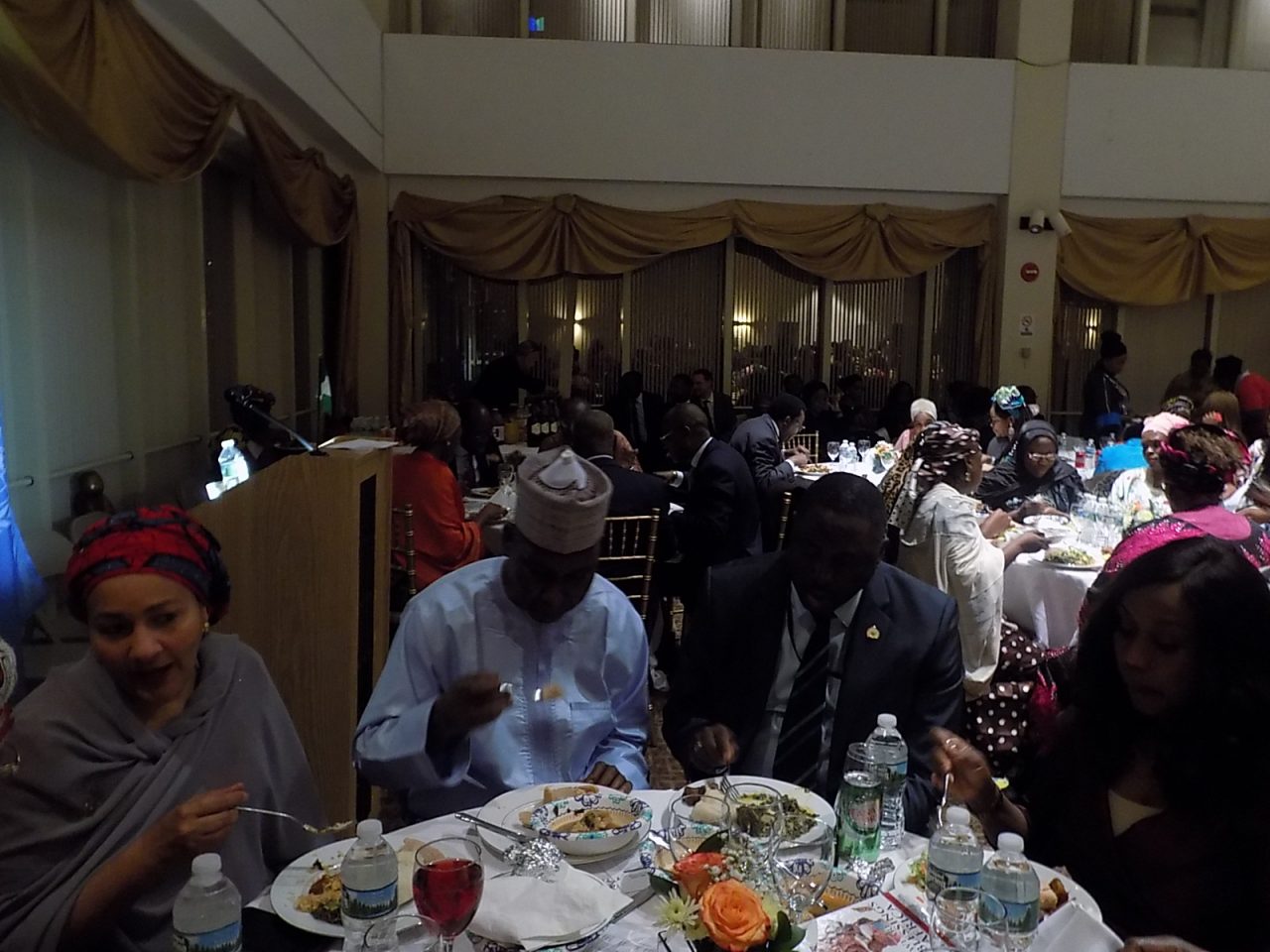 The Vice-President of The Gambia, Fatoumata Tambajang, has said The Gambia would “collapse” if Nigerian professionals in the country withdraw their services or leave the country.
Tambajang made the remark at a dinner organised for the Nigerian delegation to the 62nd Commission on the Status of Women at the Nigeria House, New York on Thursday night.
The vice-president, who was represented by Dr. Mamadou Tangara, the Ambassador/Permanent Representative of The Gambia to the UN, commended Nigeria for its numerous support to her country.
She said: “Gambia is very grateful to Nigeria for its support.
“If Nigeria withdraws its support, Gambia will collapse.
“In particular, if the Nigerian professionals in the judiciary withdraw, Gambia’s judiciary will collapse.”
Nigeria led regional efforts to force out former President Yahya Jammeh in 2017 after he reneged on his earlier pledge to handover to President Adama Barrow.
At about 30,000 strong, Nigeria also has by far the largest population of foreign nationals living in The Gambia.
Similarly, six of Gambia’s 12 banks are owned by Nigerians.
Nigerian Emmanuel Ayoola was the Chief Justice of The Gambia from 1983 to 1992, while Emmanuel Fagbenle was the Chief Justice of the country from 2015 to 2017.
Before then, both had earlier served as Justices of the Court of Appeal of the Gambia.
The majority of the senior professional staff in the Ministry of Justice are Nigerian lawyers provided through technical assistance programme.
In 2017, The Gambia Bar Association had to protest against the newly appointed Nigerian High Court judges – Justices Edward Ogar, Mathias Agboola, Simeon Abi and Matins Okoi.
Nigerian professionals, including teachers and doctors, are in the Gambia under the Technical Aids Corps scheme, launched by the Nigerian government to assist other African countries as a practical demonstration of South-South cooperation.
The event was attended by Amina Mohammed, UN Deputy Secretary-General; Minister of Women Affairs and Social Development, Aisha Al-Hassan; and Nigeria’s Permanent Representative to the UN, Prof. Tijjani Bande.
Others were Hajo Sani, Senior Special Assistant to the Wife of the President; the Deputy Permanent Representative to the UN, Ambassador Samson Itegboje; Permanent Representatives of Angola and Uganda to the UN; wives of Governors; commissioners; and the civil society organisations.