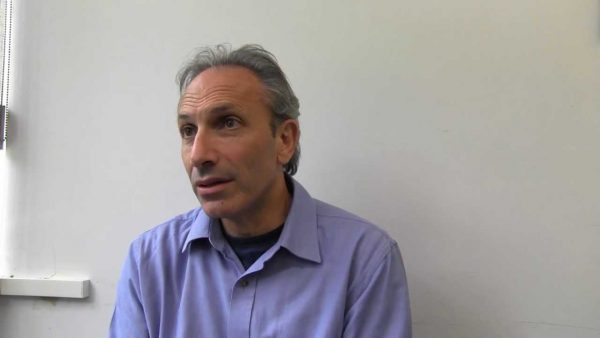 The World Food Prize Foundation has awarded the 2018 World Food Prize to Lawrence Haddad, Executive Director of the Global Alliance for Improved Nutrition, and David Nabarro, former special adviser to the UN Secretary General.
Announcing the award, Ambassador Quinn, World Food Prize President, cited the recipients for their “extraordinary intellectual and policy leadership in bringing maternal and child nutrition to the forefront of the global food security agenda and thereby significantly reducing childhood stunting” .
The Prize was founded in 1986 by Nobel Peace Prize winner Dr. Norman E. Borlaug and is the foremost international award recognizing the achievements of individuals who have advanced human development by improving the quality, quantity or availability of food in the world.
An economist, Haddad has been working to advance nutrition and food security for three decades, starting with field work in the Philippines on the impacts of the commercialisation of agriculture on nutrition status.
He taught at the University of Warwick for three years, was a researcher at the International Food Policy Research Institute, where he was the Director of the Food Consumption and Nutrition Division, and he directed the UK’s world-leading Institute for Development Studies.
In 2014, he was a founding co-chair of the Global Nutrition Report and was a principal author of the Report for its first three years.
In his words: “I am honoured to receive this award, which has always focused on the critical and urgent issues of the time. For our generation, I believe the issue is not only how to feed the world, but how to nourish it sustainably. Six of the top 10 risk factors for the global burden of disease are related to poor diet. This is not surprising because more than one in three people on the planet eat too little food, too little food of the right type or too much food of the wrong type. Were he here today I am sure Dr. Borlaug would have been at the forefront of the fight to create sustainable food systems capable of addressing all forms of malnutrition – from wasting and stunting to overweight and obesity.”
Haddad joined GAIN in 2016, which, under his leadership has focused on making nutritious and safe foods more available, affordable and desirable for those most in need.
In his reaction to the news, GAIN Nigeria Country Director, Dr. Michael Ojo, said: “Dr. Haddad has deeply challenged us through his consistent, passionate and rigorous use of data and evidence to compel leaders in countries across the world to invest in nutrition, Nigeria inclusive. Under Lawrence’s leadership, GAIN is now at the forefront of action to improve the quality of diets by making nutritious foods more affordable accessible and desirable for everyone.  This is central to the partnership work we are supporting in Nigeria.  By honouring Lawrence, the Prize is endorsing this broad definition of food security – encouraging to us not only feed the world, but nourish it.”
This Prize is shared with Nabarro and in his reaction, Haddad said: “On behalf of everyone at GAIN, I would like to congratulate David and say how honoured I am to share this award with him. His achievement turning Scaling up Nutrition (SUN) into a movement changed the nutrition landscape forever.  He set the template: be inclusive and yet decisive, marry science with action; facilitate engagement of all stakeholders–even when inconvenient; and champion nutrition at all levels, from the grassroots front line worker to the highest levels of government and everything in-between.”
Also reacting to the news, Bill Gates, co-chair of the Bill & Melinda Gates Foundation, said: “Like Dr. Norman Borlaug before them, Drs. Haddad and Nabarro have dedicated their careers to reducing hunger and malnutrition. Their work has deepened our understanding of nutrition’s impact not only on individual health, but on human capital and economic growth – compelling leaders in countries across the world to invest in evidence-based solutions.”
The formal presentation of the World Food Prize takes place in Des Moines in October 2018.
The Global Alliance for Improved Nutrition was launched at the UN in 2002 to tackle the human suffering caused by malnutrition.
Working with partners, GAIN aims at making healthier food choices more affordable, more available and more desirable thereby improving the consumption of nutritious and safe food for all people, especially the most vulnerable.
The World Food Prize is the preeminent global award in food, its patron Norman Borlaug was the genius behind the green Revolution and it has been associated with innovation for over 30 years.
Both Lawrence and David are honoured for their efforts to bring together multiple actors – community grassroots, scientists, businesses, and decision makers in government – to bring about essential policy changes to address the underlying causes of all forms of malnutrition – poor diet being the biggest cause of global ill health.
https://www.gainhealth.org/knowledge-centre/the-man-who-nourished-the-world/