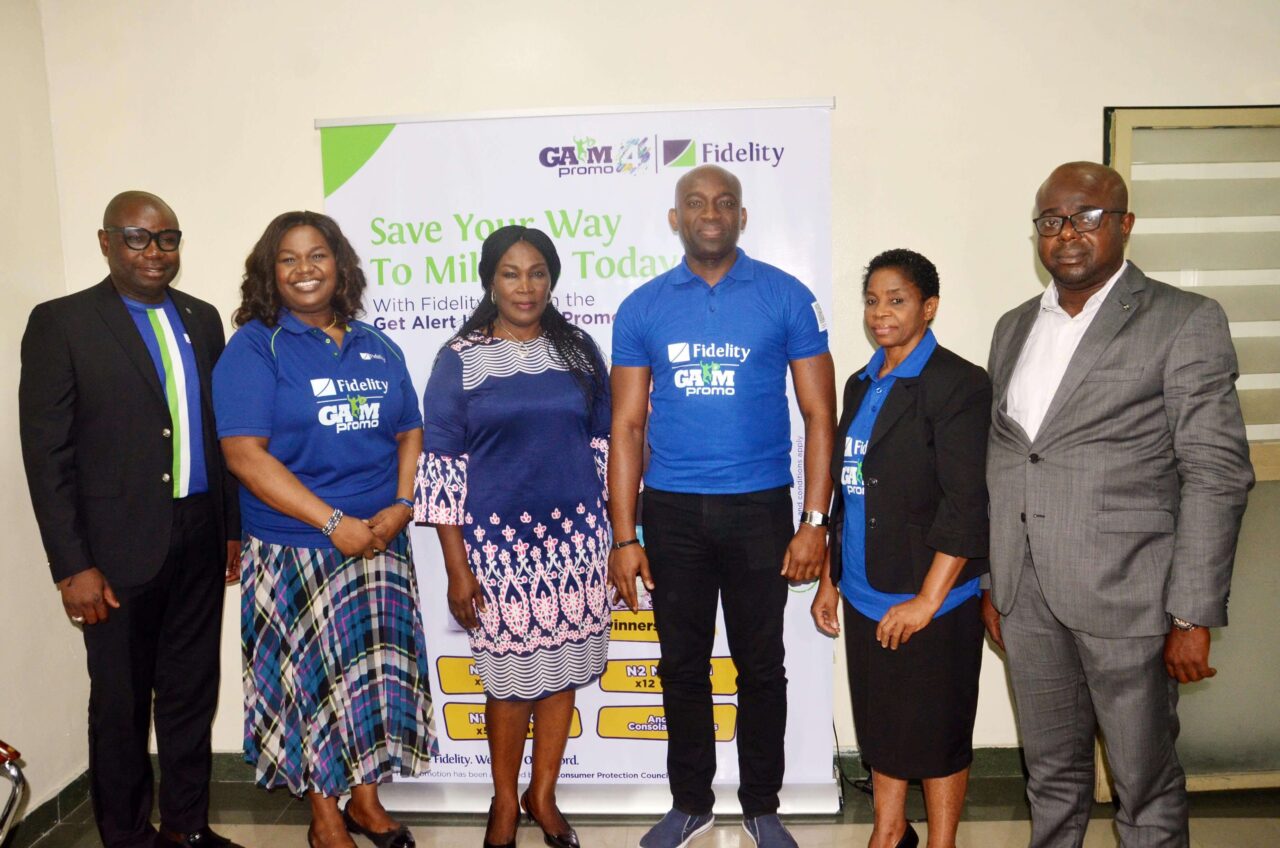 Thirteen lucky customers of Fidelity Bank Plc have started the new year on a strong note having emerged millionaires in the third monthly draw of the Get Alert in Millions promo Season 4 in Lagos on Tuesday.
The bank also rewarded loyal customers with cash prizes worth N16 million in the categories of N2 million and N1 million.
The electronic raffle draw, which was held at the bank’s Broad Street Branch, Lagos Island, was witnessed by the relevant regulatory bodies, including the National Lottery Regulatory Commission, Lagos State Lotteries Board and Consumer Protection Council.
Lucky customers who emerged winners in the draw cut across all regions of the country.
The winners included Dare Abiodun Emmanuel; Ugwu Philomena Nneka; Chinenye Catherine Olunna; Egberi Agbarha Kelvin; Ivang Stanley Oham; Chinelo Loveth Egbuchunem; Dare Abiodun Emmanuel; Itabiyi Gbolahan; Olakunle Hassan; Adejoke Jokotade; Larei Chindo; Chigozie Darlington Emoka; Khadijah Umar; Muazzam Ad Maizare; Isabella Chekwube Uche; and Omolade Bamitale Olatawura.
Others are Joseph James Abah; Oghenetega Emmanuel Erus; Blessing Chidinma Okafor; Loveline Uche Okonkwo; Nafisat Ali Lawal; Comfort Ita Asuquo; and Mohammed Halima Sadiya.
The bank doled out 19 consolation prizes in form of fridges, television sets and power generating sets.
Speaking during the event, the Managing Director/CEO, Nnamdi Okonkwo, noted it is the bank’s ninth promo in 12 years, whilst adding that a total of N16 million and 19 consolation prizes will be given out at the third draw.
Okonkwo, who was represented the Executive Director, Shared Services and Products, Chijioke Ugochukwu, further added that the draw will see a total of N50 million in cash and 54 consolation prizes to over 93 winners.
He said: “We would have given out a total of N50 million in cash and 54 consolation prizes to over 93 winners.
“We expect more winners to emerge at subsequent draws because the promo is still on and in addition to the N50 million that we will be giving out, we still have N70 million and several consolation prizes yet to be won.”
Shedding light on how people can qualify for the draw, Head, Savings group, Fidelity Bank Plc, Janet Nnabuko, stated that both existing and new customers can win by simply topping their account with N10,000 for existing customers or someone opening a new account and building it up to N20,000.
Nnabuko further disclosed that to qualify for the star prize of N3 million, one needs to build his account to N50,000, while aspiring for the grand prize of N10 million, one only has to grow his account to N200,000.
Fidelity Bank is a full-fledged commercial bank operating in Nigeria with over five million customers that are serviced across its 250 business offices and various digital banking channels.
The bank focuses on select niche corporate banking sectors as well as Micro Small and Medium Enterprises and its currently driving its retail banking businesses through its robust digital banking channels.