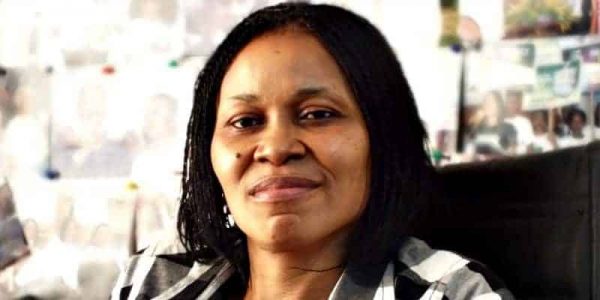 Dr Joe Okei-Odumakin, President, Women Arise for Change Initiative, on Wednesday urged the Independent National Electoral Commission to further decentralise the Continuous Voter Registration exercise to enable more Nigerians to register.
Okei-Odumakin spoke with the News Agency of Nigeria against the backdrop of INEC’s extension of the CVR by two weeks.
The electoral body had earlier announced its intention to suspend the CVR on August 17, till after the 2019 general elections, but on Tuesday announced a two-week extension, fixing the suspension for August 31.
Okei-Odumakin said that the extension showed that INEC was ready to work in line with the aspiration of Nigerians.
She said: “Yes, this extension demonstrates the readiness of INEC to work in line with the aspiration of Nigerians, especially when you realise that the call for extension was a popular demand by the electorate.
“I will also want to advise that INEC should do whatever is possible to further decentralise the process, so as to enable more Nigerians to get registered.”
Wale Ogunade, a constitutional lawyer and president, Voters Awareness Initiative, urged INEC to work with the media to intensify enlightenment programmes regarding the extension.
Ogunade said: “If INEC says they have extended the period; they are not doing anyone any favour, other than doing what the electoral law says they should do.
“To me, it is just a continuation of what they are supposed to do. Not doing it will be an aberration.
“I urge the commission to work with the media to enlighten and promote this information so that people can quickly get themselves registered.”
However, the Abundant Nigeria Renewal Party said though the extension was welcome, INEC should do more by extending the CVR till December.
Sesugh Akume, national spokesperson of the party, said that such extension would enable more Nigerians to register.
Akume said: “The extension is welcome. However, our party is of the opinion that INEC ought to extend the registration till December; in tandem with the practice, especially in the last election in 2015.
“This will enable voters more opportunity to enroll.
“Ending the registration process in August whereas more eligible persons are not enrolled is disenfranchisement.
“If in the last elections more people had opportunity to enroll until December, we should be going forward or at least maintaining that which we had, not going backward.”
INEC had earlier explained that it needed to suspend the exercise well ahead of the 2019 general elections to ensure that it meets up with production and distribution of Permanent Voter Cards to the registered voters before the polls.