Fulani are not problem of Nigeria: An Igbo woman’s perspective, by Chisom Omeokachie 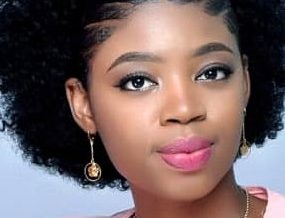 Before our dear government bans opinion writing and blogging in Nigeria, a beautifully written piece titled “One-Sided Report on Igbos: A Fulani Woman’s Dilemma,” by Zubaida Baba Ibrahim, caught my attention and I couldn’t resist responding to it swiftly.

At a time of uncertainty, insecurity, civil unrest and injustice, one must commend those who are brave enough to speak up loudly and clearly. That was what Zubaida, a young Fulani woman from Northern Nigeria, did eloquently and courageously with her article.

As a young Igbo woman living in Nigeria, I have family and friends who lived through the civil war and several ethnic clashes across Nigeria and I join my brothers and sisters to say “Ozo Emena”.

I have also seen in real-time how destructive Fulani herdsmen can be and totally condemn it. However, I know that not all Fulani are destructive and it is an unfortunate case of very few bad eggs.

While it is true that most herdsmen are of the Fulani tribe, and the nomadic lifestyle is an integral part of the Fulani history and culture, there is more to the Fulani than cattle rearing and trading.

The Fulani are also known for being great artists and are primarily known for decorated gourds, textiles, hairstyles and personal adornment. Important collections of Fulani art appear at the Fowler Museum at UCLA in USA, the Musée de Bamako in Mali among other great museums.

The late President Umaru Musa Yar’adua, one of the best performing Presidents of Nigeria was also of the Fulani tribe. He championed peace, unity and innovation during his time. His policies on the economy, education, infrastructure among others still remain fresh in the hearts of many Nigerians, which is why he was widely accepted in all the regions of the country. He only spent three years in office but those three years were considered more or less the best in Nigeria’s democratic history. To him, it was always country first.

Personally, I too have witnessed the accommodating and respectful nature of the Fulani having worked very closely with some of them at PRNigeria Centre, Abuja where I was groomed in the arts and science of Public Relations and journalism as a mass communication student back 2017. Working as an intern in the firm owned by a Northerner. I am not surprised that Zubaida is a staff writer in that communication firm where the owner taught us patiently and showed us the ropes in PR and critical writing. The staff and family members made us (interns from different tribes and religions) feel at home, working together and eating together as proud Nigerians.

Every region of Nigeria is endowed with great and brilliant minds from the Hausa/Fulani of the North East and North West, to the Igbo and Yoruba of the South East and South West to the over 300 ethnic groups in between. We have the human and natural resources to build a country that we all can be proud of, instead, we are occluded by tribalism and religious differences.

There must never be a time when the majority should pay for the crimes of a few members of their group. It is unjust and uncivilized. With the menace of the Fulani herdsmen ravaging farmlands and crops of fellow Nigerians, one may be tempted to classify all Fulani as hostile and irrational people but that would be a grossly false narrative.

It is also unfortunate that the current administration seems to have done nothing to mitigate the ongoing conflict between farmers and herdsmen through a mutually benefiting solution. This has only worsened the widely held opinion in some quarters that they are a Fulani Administration rather than a Nigerian Administration.

In recent times, due to distasteful politics at all levels, there is loud agitations for secession in the Southern part of Nigeria by the South East (Biafra) and South West (Oduduwa).

Perhaps one day, the European marriage of Nigeria will be annulled and we may all go our separate ways, but in the meantime, we are one country and it is in our own best interest to coexist in respect for one another and in peace.

We must restructure for the sake of peace and progress. It is pertinent that every Nigerian feels like a Nigerian with all privileges as well as the responsibility of other Nigerians irrespective of tribe and religion.

It takes ordinary people like my new sister, Zubaida of Adamawa State, and I, Chisom of Anambra State to rise up and resist the divisive message and policies of people bent of pinning us against one another. Our generation of Nigerians is saying enough and we must act upon it.

Like Barrack Obama said, “In the face of impossible odds, people who love this country can change it.”