Fuel subsidy removal: The needless furore, by Maryam I. Shettima 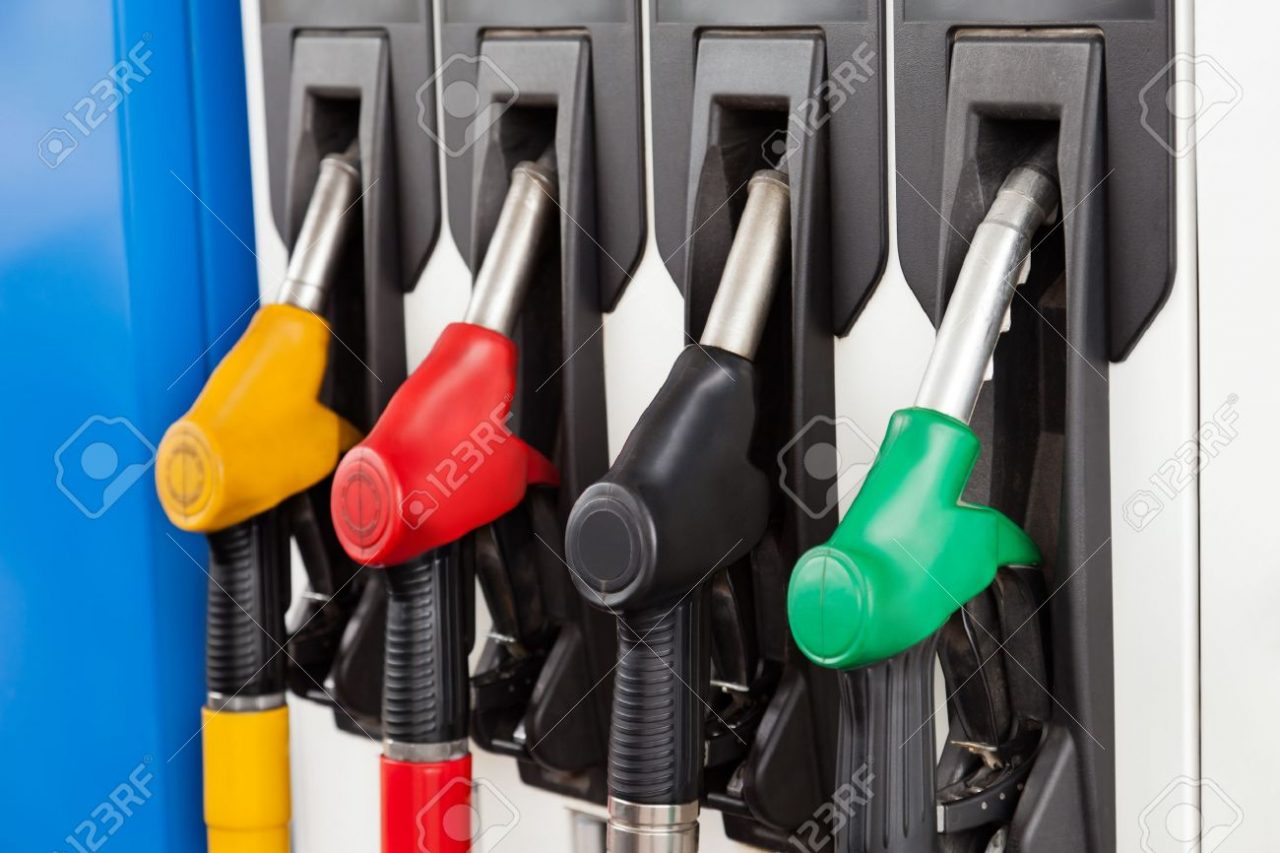 President Muhammadu Buhari has been in the eye of the storm for bravely realising the inevitable expungement of the fuel subsidy in Nigeria. Brave due to the extreme furore and knee jerk reaction by some gullible and credulous Nigerians who are convinced that this decision is most inhumane and anti-masses. Yet, conflictingly, deep within their minds, they are secretly relieved in knowing that the removal is an absolute necessity.

Also, they are not unaware of the fact that Nigerian masses are neither directly nor indirectly benefiting from the obsolete policy. Thirdly, put them in the same position and the same condition, they would not be any different.

The term subsidy means a sum of money granted by the state or a public body to help an industry or business keep the price of a commodity or services low. For decades, Nigeria had a policy to subsidise petroleum product, especially on PMS, which is one of the most consumed petroleum products in the country. This, over the years, has become a thorn in the flesh of our National Economy due to blatant abuse and corruption by many beneficiaries as would be outlined later. Experts in the field consequently argued that Nigeria can actually do better by removing the subsidy regime in petroleum and instead put the money to use by developing other sectors with emphasis on healthcare, infrastructure and agriculture.

For the past two decades, after democratic governments took over from the military in 1999, this topic has been a major bone of contention. The three past Nigerian leaders had a long and onerous battle with Nigerians in an attempt to convince the Nigerian masses that subsidy is merely an exploitative and self-serving mechanism some unpatriotic elites use to deprive the nation of its hard earned resources. This battle proved to be a hopeless one….almost!

Why does any attempt by the government to right the wrongs of subsidy hit a brick wall? Did the subsidy regime truly help in providing enough gasoline to our vehicles and industries? Who are the major beneficiaries of the subsidy idea and why are they averse to the policy being abolished? Most importantly, what are the benefits Nigerians stand to gain in the eventuality of its removal? These are some of the questions that are begging to be explored on this topic.

Going back memory lane, in 1999 the price of petrol in Nigeria was N11 per litre. By 2015, despite the subsidy, the price had skyrocketed to N145 per litre, an increase of over 15 times the initial 1999 rate! Coupled with that, the incessant scarcity of petroleum products in a country that parades itself as the sixth largest petroleum exporter all these years, is awfully disturbing and beyond shameful.

In reaction to this quagmire, experts like Malam Sunusi Lamido Sunusi, former Central Bank of Nigeria Governor and former Emir of Kano, argued that the subsidies on petroleum products succeeded in making Nigeria the only oil exporting country that does not enjoy the benefits of increase in the price of crude oil in the international market. According to him, firstly, he reasoned we needed to fix the price of petroleum products ourselves, but then, we do not refine these products! How can you fix the price of a product that you do not produce? We produce crude oil but regrettably the price we fix is for refined products. Thus, suffice it to say….we are fixing the price of what we never produced, as a result, we end up paying enormously for NOTHING. The money meant to improve other more deserving sectors now is monopolised by a few individuals, consequently deepening the fissures of poverty in the country. This plunged us in a bleak situation whereby while the rich are getting richer; the poor actually keep getting poorer.

Lamido is not alone in this argument. Former Minister of Finance, Dr. Ngozi Okonjo Iweala, also in a nine paged document presented to the Federal Executive Council in 2011, similarly leaned toward the same direction of thought, as carried by Vanguard Newspaper of 25th December 2011: “During that briefing to ministers, Okonjo-Iweala, in a document, titled, BRIEF ON FUEL SUBSIDY, (by) Dr. Ngozi Okonjo-Iweala, the coordinating Minister for the Economy / Honourable Minister of Finance explained the key facts about subsidy, what fuel subsidy is all about, deregulation of the downstream sector  benefits for deregulation), why the subsidy was going to be removed, pointing out that it was a major fiscal and financial ‘BURDEN’ on the nation, those who benefit from the subsidy as well as the relationship between subsidy and the Federal Government of Nigeria’s budget, among other things.”

From her point of argument, the former minister laboriously and convincingly pointed to the fact that the benefit of subsidy removal far outweighs its stay. The policy is nothing but waste of resources and a huge needless economic scam in the name of making the products cheaper for the masses. On the final analysis, if government budgeted N10 for subsidy the masses only get a meagre fraction of Kobo out of it, while some subsidy elites are smiling to the bank with the rest.

This systematic siphonage of our common wealth by a few subsidy elites can be clearly seen if we are to consider the 2018 NEITI report alone, which stated that Nigeria spent about N722.3 billion on fuel subsidy! In healthcare, this amount can build six world class standard hospitals each in one of the six geopolitical zones of Nigeria. The money also if carefully invested on energy sector, can provide our country with over 2000 megawatts! This can give a tremendous boost to power generation and lead to massive industrialisation, which would in turn provide employment opportunity for millions of “qualified” yet jobless youths in the country. In the area of Agriculture, the money can guaranty food security in Nigeria, and improve farming and other agro allied products in the country.

Interestingly, this same amount of money could also build 10 dams with modern irrigation facilities, which would also improve agro business in Nigeria, and launch Nigeria in the league of major exporters of Agricultural products for the inexhaustible foreign consumption.

It is both curiously perplexing then, how some politicians who maximally exploited subsidy removal as the cardinal principle of their campaign, now turn back to be its major adversaries! Former Vice President Atiku Abubakar and the Peoples Democratic Party presidential candidate in the 2019 elections happens to be one of these. Abubakar was quoted recently as attacking President Buhari’s decision on the removal and argued thus on his Twitter handle: “Federal Government finally withdraws the fuel subsidy and price fixing bazaar that had been rife with corruption and stalling investment. This is something patriots have been calling for and for which I was demonised.”

Even the Chief political adversary of PMB, from the above statement, believes the policy is corruption permeated, which every patriotic Nigerian must fight to a standstill. Subsidy removal will at least have two major advantages: killing one major form of corruption and also encouraging investors to put their money in the sector. These at the end of the day will witness more refineries built in Nigeria, provide job opportunities for our teeming unemployed youths and translate to a source of income for more projects development in transportation, healthcare, housing and many more sectors.

Dr. Rabiu Musa Kwankwaso, a two-time Governor in Kano State and former Minister of Defence, also kicked against the President’s unpopular decision on subsidy. However, if we are good students of history, we could remember vividly how in 2011 during the fuel subsidy removal nationwide protest, the same governor ordered for the shooting of the protesters in Kano. According to him, the idea is ill-timed and inhumane, but like the Chairman of Nigerians in Diaspora acknowledged, much as the idea is painful, coupled with Coronavirus pandemic and a slump in the global economy, still agreed the decision is unavoidably necessary. As far as the opposition is concerned, the only right time for the removal is when they are in power. As long as as they are out of it, no time will ever be right!

As far as “WE” are concerned, it is a welcome idea. Nigerians need more focus on developing projects. They have no or limited luxury of enjoying as a result of subsidy regime, the wise and far-sightedly man, took the painful decision, not to further the harsh economic conditions Nigerians are in, but to alleviate their suffering, fight corruption, improve, lay out and solidly set the stage for more infrastructures, and a solid foundation for National Economic growth. There is no way we can stop fuel smuggling across our boarders with the current pricing system. The subsidy removal will bring more investment in the sector, government will get more income for projects implementation, and in the long run, prosperity and progress will reign!

. Shettima is an Abuja-based social media activist and the CEO of #webelieve!🇳🇬 movement.