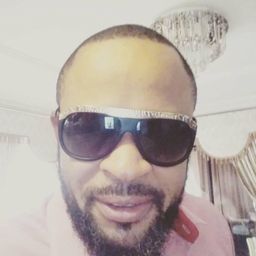 The calls for the release of Mazi Nnamdi Kanu, leader of Biafra Zionist group, the indigenous People of Biafra (IPOB), and Mr. Sunday Adeyemo (aka. Sunday Igboho), chief proponent of a breakaway Yoruba Nation are becoming raucously deafening by the day. Kanu and Adeyemo are considered high security risks by the Nigerian Authorities who accuse them of working to dismember the country through their secessionist agitations.

Kanu is in the custody of the Directorate of State Services (DSS), following his forced Rendition from Kenya, while Adeyemo is in the custody of Beninese authorities, who apprehended him on the request of the Nigerian Government, awaiting Extradition to Nigeria, pending the outcome of his appeal against his arrest and detention. Kanu, sequel to his recent Extradition, was already standing trial on multiple counts, but jumped bailalleging assassination attempts on his life.  Both men could face the death penalty if found guilty of the weighty allegations against them.

Among those calling for the release of Kanu and Igboho, are some prominent Nigerians – including former and incumbent political office holders, traditional rulers, religious leaders and other leaders of thought – who strongly believe that letting these individuals go will bring an abrupt end to their agitations. For these concerned Nigerians, freeing these men is the key to peace in their spheres of influence where they enjoy messianic followership.

However, seductive as the idea of releasing Kanu and Igboho might appear, it cannot stop separatist agitations in one fell swoop, if the critical issues being canvassed by these dissenters are not expeditiously addressed by the Nigerian authorities. The issues driving the agitations are historical and structural in tilt; they are existential matters that cannot be obviated by mere stopgap measures.  It would be like treating the symptoms of an ailment while ignoring the underlying causes.

The issues driving the agitations of the proponents of Biafra and Yoruba Nations border on the structural cum administrative incongruities afflicting the Nigerian State System which are skewed against their interests – visceral sores that have refused to heal due to negligence. They feel marginalized in the allocation of commonly owned resources, in political representation, in appointment to principal political positions, in the general decision making processes and in several other significant spectrums of national life. Hence, their demand for a better deal from the Nigeria State, if they are to continue being part of it. They are simply demanding for the enthronement of an inclusive system where ALL Nigerians are treated as ONE; not one where they are forced to subsist like Hottentots and Zulu Kefirs; they want a society run on the sacred principles of justice, equity and fair play.

The truth is that Kanu and Igboho represent an infinitesimal fraction of a majority that is at the receiving end of the Nigerian State’s bellicose dispositions. So, releasing them must go pari passu with genuine efforts to radically assuage the collective desire of their people for a restructured, fluidly functioning political system that caters for their collective welfare; a system that provides the good life for all, irrespective of class, ethnic, religious and other primordial considerations.

Agreed that Kanu and Igboho are champions of the struggle for better deals for the Igbo and Yoruba ethnicities, the concentric points around whom the hopes and aspirations of their people coalesce, but the truth must be told that they are not the only disgruntled elements in their regions making demands on the Nigerian State. So, releasing them, without proceeding to do the needful, could result in the rise of other more radical elements seeking to opt out of a system that does not provide them with the good life; a worst-case scenario that is better not imagined. Nigeria is full of potential rebels!

Those in authority should immediately commence the processes of engendering a collective feeling of oneness amongst the individuals and groups constituting Nigeria, if they want secessionist agitations to stop. Several suggestions have been postulated in the past, chief among which is the convening of a Sovereign National Conference, a general assembly, where all Nigerians will come together to discuss and decide fresh terms for the continuation of the union, as is the practice in civilized climes. This is the most ideal way of correcting the mistakes of the past. Any other option would be an invitation to chaos.

As far as injustice continues to persist in Nigeria, as far as people continue to feel neglected, as far as those in power continue to give preferential treatment to a particular section of the country at the expense of others, opposition elements of different hues will continue to challenge the status quo. That is the natural order.

Positive peace, not the subsisting negative peace of the graveyard, cannot be achieved in a vacuum; it cannot be constructed on makeshift measures, but on the firm foundations of justice and respect for the fundamental rights of man to determine the terms of his association with his fellow man. Those in authority should please do the needful.