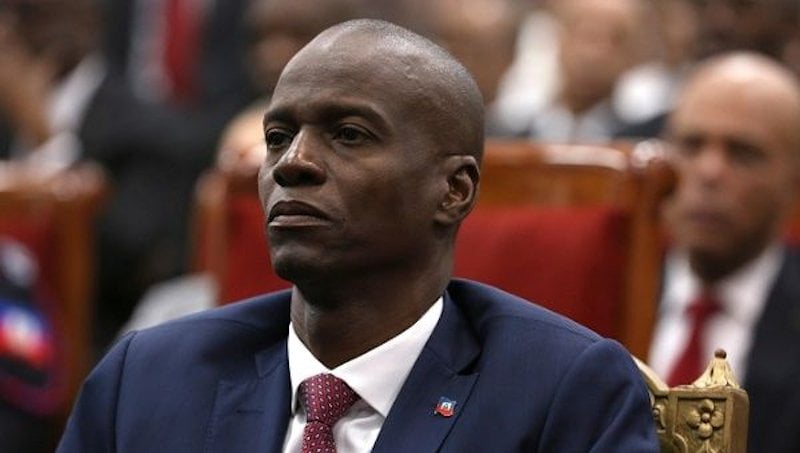 Haitian police said on Wednesday evening that four suspects had been killed and two others arrested over the assassination of President Jovenel Moise.

Three police officers were temporarily captured but have since been released, police chief Leon Charles said in a TV broadcast.

Further details on the manhunt for the assailants were not made public.

Moise was killed in the early hours of Wednesday in a middle-of-the-night attack on his residence near the capital, Port-au-Prince.

A group of unidentified people, some speaking Spanish and English, attacked the home and shot Moise dead.

His wife, Martine, was injured and has been taken to the U.S. city of Miami for treatment, Haiti’s ambassador to the U.S. Bocchit Edmond told international media.

Haiti’s embassy in Washington described Moise’s killing as a “well-coordinated attack by a highly trained and heavily armed group.”

The embassy called the 53-year-old president, whom critics derided as an autocrat, a “true statesman … dedicated to progressing our country’s democratic transition and fighting corruption.” It said he “died in defence of democracy.”

Haiti has been mired in a deep political crisis for years, with protests against Moise’s rule repeatedly paralyzing the country.

He had been ruling the country by decree since his administration failed to hold legislative elections in October 2019.

Haiti has not had a parliament since the start of the new legislative period in January 2020.

It was not immediately clear who would succeed Moise as president, or who was calling the shots in the country.

In a sign of the political chaos even before the assassination, this Monday Moise had appointed Ariel Henry as the seventh prime minister of his term – succeeding Claude Joseph.

But, like Joseph before him, Henry could not be confirmed as head of government due to a lack of quorum in parliament, as Haiti’s constitution requires.

Joseph has identified himself as acting or interim prime minister.

He is also the country’s foreign affairs minister.

Joseph earlier condemned the assassination as a “hateful, inhumane and barbaric act” and said security forces had the situation under control and appealed to Haitians to remain calm.

The Haitian government declared a 15-day state of siege as well as 15 days of mourning, with Joseph signing decrees for both on Wednesday.

The state of siege allows the government to use the military for police duties and restrict civil liberties.

Presidential and parliamentary elections, as well as a constitutional referendum, are scheduled for September 26 in the Caribbean state.

Haiti is considered the poorest country in the Western Hemisphere and is still living with the impact of the catastrophic 2010 earthquake that left some 200,000 people dead.

Moise’s killing drew condemnation from around the world and worries about the island’s stability.