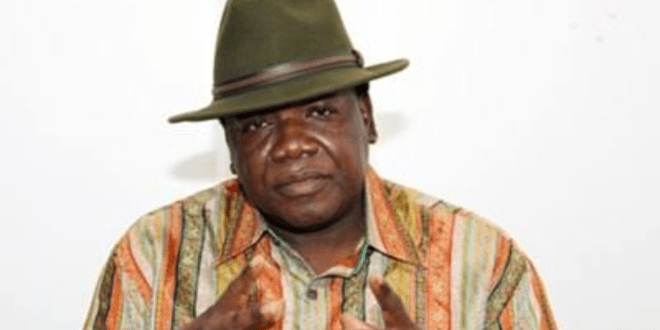 Former Minister for Tourism and Culture, Edem Duke, on Monday declared his intention to contest the Cross River governorship election in 2019 on the platform of All Progressive Congress.
He made the declaration at his Ikot Edem Udo Ward in Akpabuyo Local Government Area of the state.
Duke, a former chieftain of the Peoples Democratic Party, said he joined the race to “salvage the state” because the PDP-led administration in the state had not lived up to expectation.
He said: “For over a decade, Cross River State was a jewel in the crown of Nigeria. But in recent years, all our efforts over time are now receding into history.
“Therefore, there is need for us to rise up and see the possibility of enthroning true democracy and restore the people’s paradise from the Hills of Obanliku to the Forest of Bakassi.
“It is time for people of this state to rise up and salvage the situation; and that is why, I have come out to offer myself for this selfless service.
“I have come out to be a steward of the people because the efforts to restore our state must be the responsibility of all well-meaning people of this state.”
The governorship aspirant said that talent, knowledge, training and experience were nothing if these were not put into achievements and the direction of human progress.
He added that he would revitalize the “ailing tourism sites” and create new ones to make the sector thrive again if voted into power in the state.
He said: “I was the architect of tourism revolution in Cross River and I replicated the same thing at the national level as a minister.
“So, if given the opportunity to be Governor of Cross River, I will turn around the tourism fortunes once more.
“I will revive TINAPA; Marina Resort; the Qua Falls and Obudu Ranch Resort will come back to life again. These are the pride of Cross River; we cannot continue to allow our natural heritage to die.
“That is why I say, we must rise up and restore our pride as a state.”
The former minister solicited the people’s support for President Muhammadu Buhari’s administration in its efforts at rebuilding the nation.
He, however, cautioned the APC leadership to resolve the crisis in its state chapter as it might affect the party’s chances in the 2019 election.
Duke added: “We must realize that, there is no time. Let us come together and build a bridge of trust among ourselves in the effort to take over the Diamond Hill Government House Calabar come 2019.”