Force PRO to Nigerians: You‘ve no right to retaliate even if a policeman slaps you 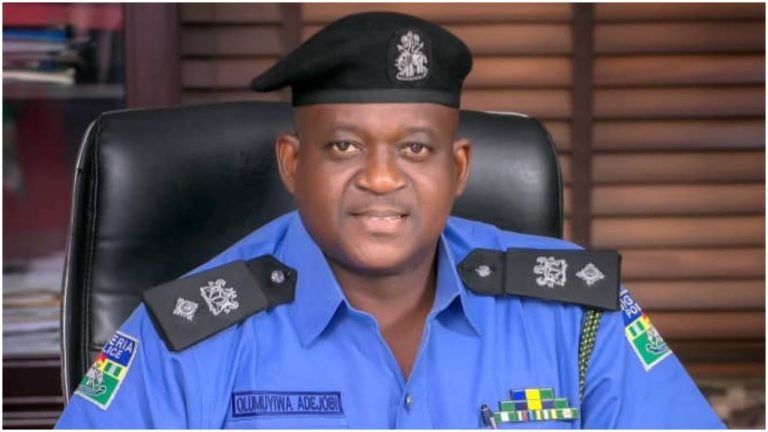 The Force Public Relations Officer, Olumuyiwa Adejobi, has said Nigerians have no right to respond if they are slapped by policemen on duty, whether in uniform of not.

Adejobi made the statement on his Twitter account after a viral video of two men confronting policemen went viral.

The incident, said to have occurred in Meiran area of Lagos State, had two civilians who claimed that the phone of one of them was seized by the policemen, dragging their rifles with them.

The spokesman of the Lagos State Police Command, Benjamin Hundeyin, said the duo had been arrested.

Hundeyin said they would be charged to court on Monday (today).

Responding, Adejobi said confronting a policeman on duty was wrong.

The Chief Superintendent of Police tweeted: “Even if a policeman on uniform slaps a civilian, the civilian has no right to retaliate.

“More so, if he’s on uniform, it’s an act of disrespect to Nigeria to beat an officer on uniform.

“The disrespect is not to the policeman but to our nation and it’s a crime as enshrined in our criminal laws.

“So, it’s not a case of what the policeman did that led to it, but the reaction of the civilians who actually assaulted the police.

“If police assault a civilian, you report and actions will be taken to rebuke him, not to take the law into your hands.

“Let alone, it’s a matter of checking of phones, which can be easily reported and addressed.

“Now they are kept in our 5-star hotel in Lagos and will be in court on Monday.

“Are you going to visit them or send them food, or appear in court to defend them?

Reacting to attacks that trailed his initial response, Adejobi further tweeted unedited: “Whatever happens bwt you and that policeman will be irrelevant or immaterial the moment you beat him on unform, bc it will be a case bwt you and d state or law.

“Dont attack him on uniform, even if hes on mufti on duty, just report his conduct to relevant offices/officers who will take nece action against that policeman for his misconduct or unprofessional act. N

“o one or law or judge will clap for you for beating a policeman on uniform or dragging his rifle with him like in this case.

“Get d point and be mindful of the law in all ur dealings.