For the sixth time, Innoson fails to appear in court 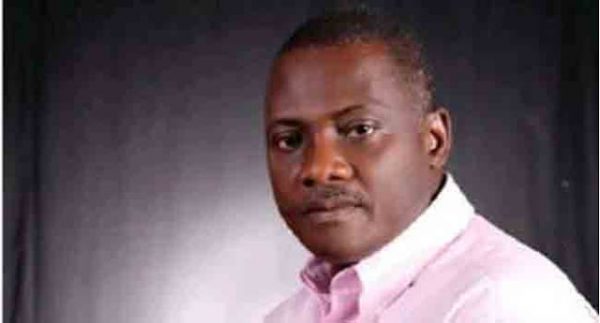 Innocent Chukwuma, the Chairman of Innoson Motors Ltd, on Wednesday in Lagos failed to appear for his scheduled arraignment for the sixth time over alleged fraud.
Innoson was scheduled to appear before a new judge, Justice Olusola Williams, at an Ikeja Special Offences Court.
The News Agency of Nigeria reports that Justice Mojisola Dada, the judge initially assigned to hear the case, had withdrawn following Innoson’s February 12 petition to the National Judicial Council.
The NJC while absolving Dada of any wrongdoing, recommended that the case be reassigned by the Chief Judge of Lagos State, Justice Opeyemi Oke, to another judge, and was subsequently reassigned to Williams.
Following the absence of the automobile CEO in court on Wednesday, Williams asked the Economic and Financial Crimes Commission to produce him for arraignment on the new date of sitting.
The judge said: “I believe it is the job of the prosecution to bring the defendant to court.
“The judge is just to make an order that he should appear in court but we cannot enforce the order. The responsibility still lies on the EFCC to make sure he is in court.”
NAN also reports that Innoson had previously failed to appear before Justice Dada five times and had been declared wanted by the judge following a request by the EFCC.
Earlier during proceedings, Anselem Ozioko, the lead EFCC counsel, had informed the court that Innoson and his legal representatives were absent in court.
Ozioko said: “My Lord, it appears that the second defendant and my learned colleagues from the other side are not in court.
“He has refused to come for his arraignment for the sixth time even when the matter was before your learned brother, Justice Dada, despite all efforts to bring him here.
“He has also filed seven different applications in between the period he was supposed to be arraigned.”
The prosecutor said that the applications filed by Innoson to allegedly stall his arraignment are an application challenging the jurisdiction of court, an application to disqualify himself from the charge before the court.
Others are an order of stay of execution on bench warrant issued by the court and a stay of execution of warrant of arrest.
Ozioko also informed the court that Innoson had refused to honor the court’s order by his continuous absence in court after he was granted an administrative bail by the EFCC.
He said: “My Lord, in view of the absence of the defendant, we shall be asking for an adjournment date.”
Williams, however, adjourned the case until Oct. 10 for arraignment.
Chukwuma and his company, Innoson Motors Nigeria Ltd., were to be arraigned on a four-count charge of conspiracy to obtain property by false pretences, stealing and forgery in a transaction with Guaranty Trust Bank.
According to the charge, the defendants committed the offences between 2009 and July 2011 in Lagos.
The EFCC alleged that the defendants with intent to defraud, conspired to obtain by false pretences containers of motorcycle, spare parts and raw materials, property of GTB from Mitsui OSK Lines Ltd, Apapa, Lagos.
They are alleged to have fraudulently induced staff of Mitsui OSK and Maersk Line to deliver to them via their clearing agents the goods which were imported from China in the name of GTB by falsely pretending that they were authorized by the bank to clear the goods.
The prosecution claimed that the defendants in order to facilitate the fraud forged a bill of lading numbered 598286020 of Maersk Line Limited and 11007950841 of Mutsui O.S.K Lines by knowingly putting a false GTB stamp and signature of the bank staff.
The alleged forgery was in order that the forged documents be used or acted upon as genuine to the prejudice of any person within Lagos or elsewhere.
The offences contravened Sections 1(1)(b), 1(3), and 8(a) of the Advanced Fee Fraud and Other Related Offences Act 2016 and Sections 309(9), 388, 465 and 467(1)(j) of the Criminal Code, Laws of Lagos State 2003.