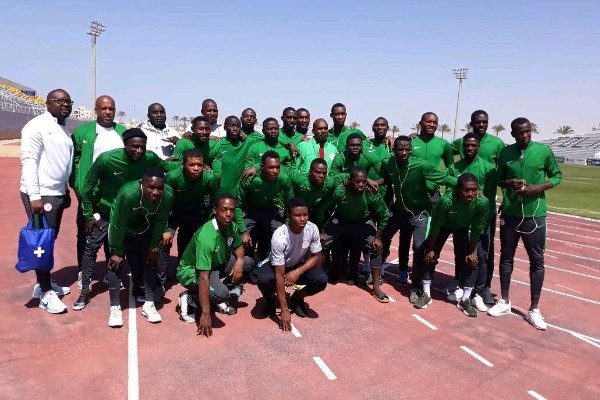 Flying Eagles’ midfielder, Adewale Oladoye, has stated that their draw against Ivory Coast will not affect them ahead of Wednesday’s crucial 2020 WAFU B U-20 Cup of Nations Group B clash against Ghana.

Ousmane Traore’s stoppage-time strike earned Ivory Coast a 1-1 draw against Nigeria in their opening game in Port Novo, Benin Republic on Sunday, after Christopher Nwaeze had shot Nigeria into the lead.

“We have learned our lessons from the 1-1 draw on Sunday, we didn’t play that bad,” Oladoye told journalists.

“Overall, we had too few chances in their box and weren’t aggressive enough in the final third.

“We are ready to fight for a win.

“We need to play differently and find more ways of attacking and try to get behind their defence.”

The tall lanky defensive midfielder has been outstanding in midfield for the Flying Eagles, who were denied a win in stoppage time.

“There have been enquiries about Oladoye from scouts and two clubs in France but we want him to focus more on the task here,” one of his representatives who spoke on condition of anonymity said.

Recall Oladoye was poised for move to Belgian club, Cercles Brugge, in March before the outbreak of COVID-19.