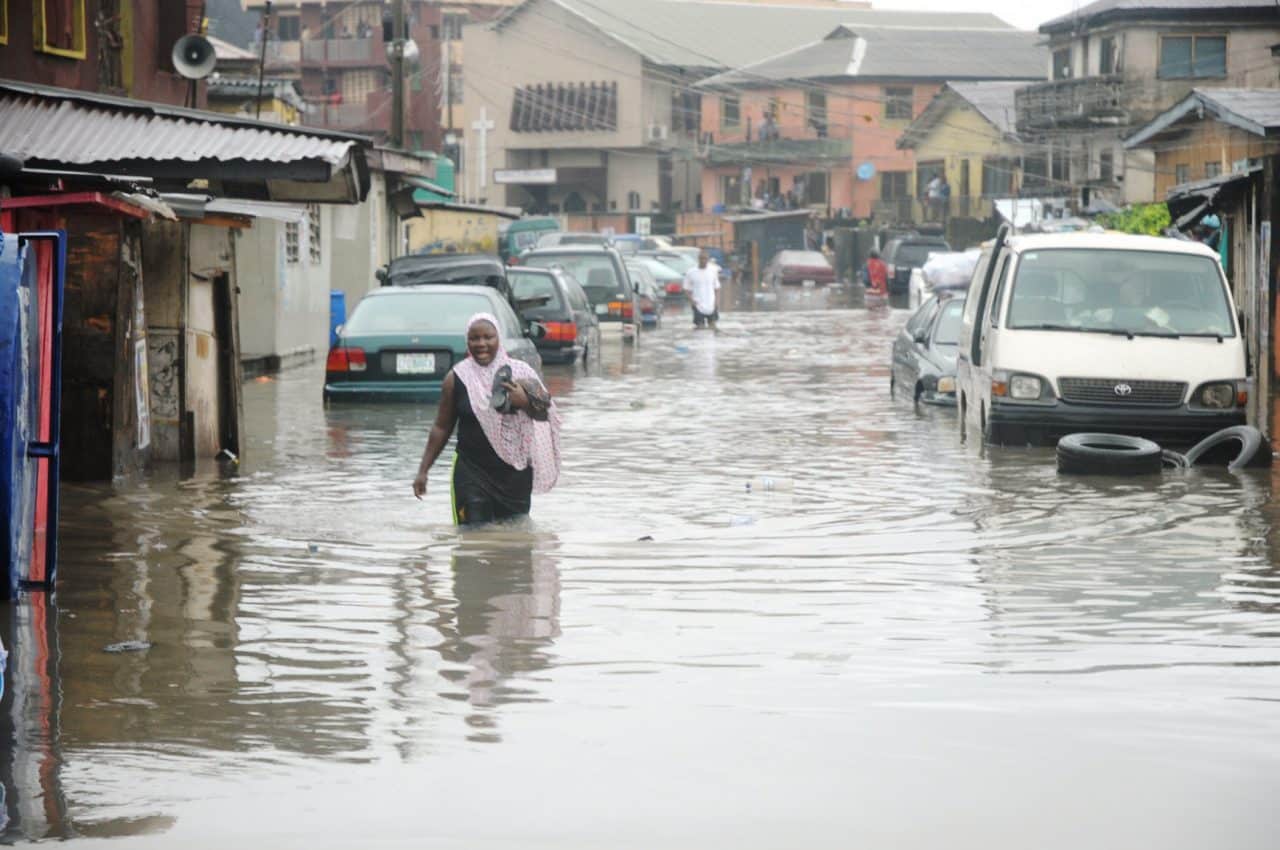 Pic.16 .People Wading Through Flood at Bankole Street In Mushin Area in Lagos on Saturday (22/7/17). 03719/22/7/2017/ Kayode Oladapo/OTU/NAN
Share
Facebook Twitter LinkedIn Pinterest Email
The Gombe State Emergency Management Agency said 23 persons were killed and five others missing in Gombe flood disaster between June and July.
Malam Mohammed Garba, the Acting Head of Rescue and Rehabilitation of the agency, made the disclosure to journalists in Gombe on Monday.
Garba said six persons died at Dadinkowa in Yamaltu-Deba flood on June 6; 16 died on July 1; and July 25 in Gombe town.
Garba said 21 houses were also destroyed by the flood while 101 houses were home to floods in three communities in the state.
He said the flood also washed away a total of 119 farmlands at Jauro Baba, Jauro Mai and Jauro Saini communities at Kamo Ward in Kaltungo Local Government of the state.
Garba said other property affected included 450 bags of grains washed away in Dadin kowa Village and 11 bags of fertiliser in Kaltungo Local Government.
The acting head of rescue and rehabilitation said unquantifiable food items, household wares and domestic animals were also affected across four communities during the flooding.
Garba added that arrangements were in place by the state government to provide relief materials to the affected communities and households.
He advised the communities to desist from building or dumping refuse on waterways or indulging in any other practices that might affect the free flow of water.
Flood gombe
Share. Facebook Twitter Pinterest LinkedIn Tumblr Telegram Email