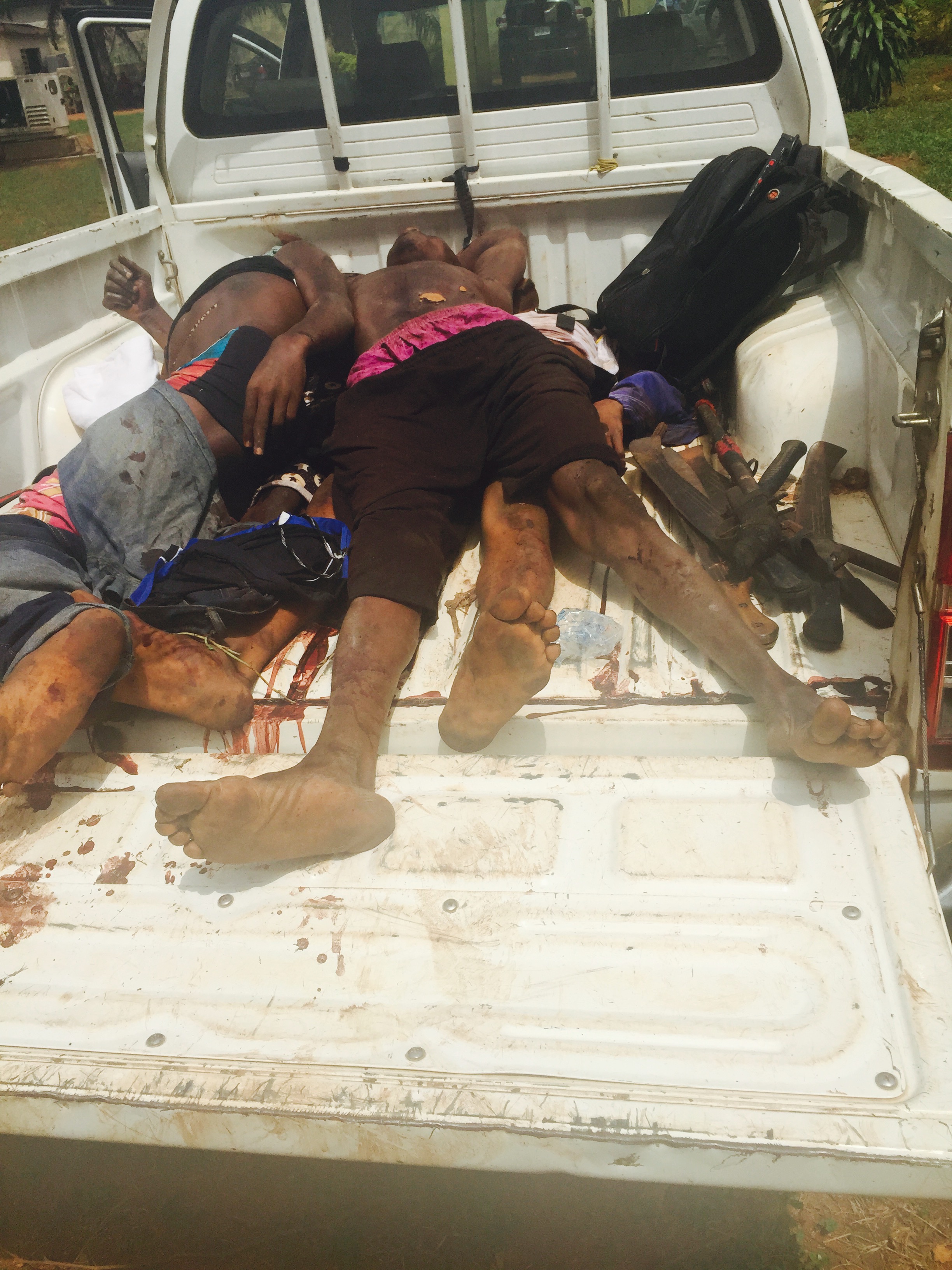 Operatives of the Special Anti-Robbery Squad descended on the robbers after they received information that they had unleashed terror on residents of the area.

The armed robbers were operating along St. Patrick Catholic Church Road in the locality before the team pounced on them.

The state Public Relations Officer, DSP Celestina Kalu, at the command headquarters in Asaba on Wednesday said the team swiftly mobilised to the scene..

Kalu said: “The hoodlums on sighting the policemen opened fire on them and in the ensuing gun duel, four of the unidentified gun men were gunned down while one escaped with bullet wounds.”

Kalu listed the items recovered from the hoodlums to include one double barrel gun with two live and two expended cartridges, one generating set, 26 handsets of different makes, three laptops, one LG Plasma Television set, one Amplifier, two hammers, one rod and other items.

According to Kalu, the same syndicate robbed a family at back of African house, Ogbe-ofu quarters, Ogwashi-Uku and raped a girl on March 29, last month, adding: “They also robbed some persons at Umu-Okwe Quarters, Ogwashi-uku on the 31st of last month. The criminals went to St. Patrck Catholic road, Ogbe-Ofu Quarters, Ogwashi-Uku for their nefarious activities again on April 1 (yesterday) where they met their waterloo.”

She said efforts are on to track down the fleeing suspect and bring them to justice.