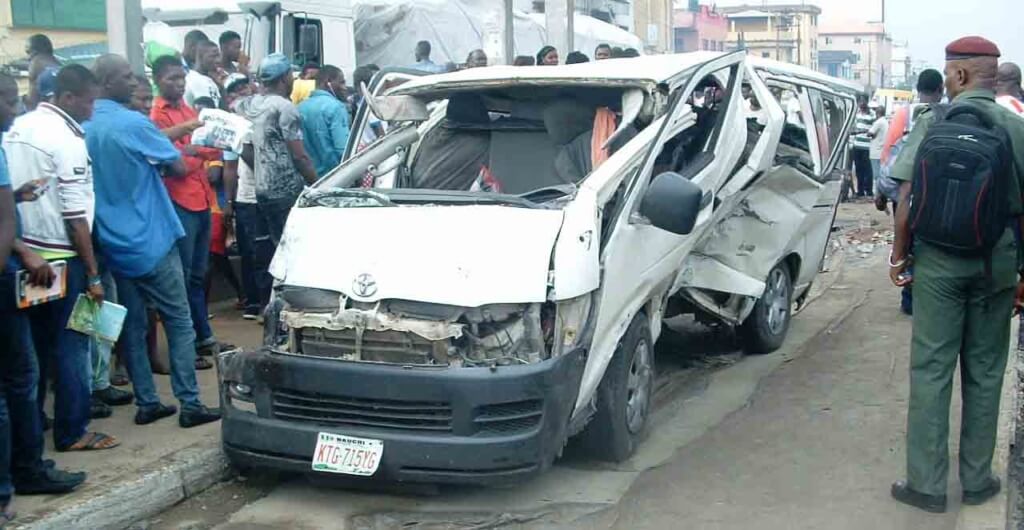 Five persons were on Monday confirmed dead and 15 others injured in an accident on the Lagos-Ibadan Expressway.
Sources said the accident occurred at about 4pm at Ogunmakin area of the expressway.
It involved a Mazda bus marked KSF 477 XK and a Mitsubishi car with registration number MUS 639 DK.
Those who died were four males and a female.
Officials of the Ogun State Command of the Federal Road Safety Corps evacuated the vehicles and normalised traffic flow.
The FRSC Sector Commander, Ayobami Omiyale, said 20 people were involved in the accident.
Omiyale said the injured were rushed to Ife-Oluwa Hospital and Ibadan Centre Hospital.
He attributed the cause of the accident to wrongful overtaking, adding: “Drivers are advised to be patient and avoid wrongful overtaking as they drive through construction areas.”