by The Eagle Online
in Featured, Politics
1 min read
1

Five aides of the Edo State Governor, Godwin Obaseki, have dumped him ahead of the September 19, 2020 governorship election by resigning their appointments.

The aides communicated their decision to the Governor in a joint letter of resignation.

In the letter dated July 2, 2020, the aides stated: “Our reason is simply based on the fact that we are not ready to defect to the Peoples Democratic Party (PDP) along with the governor. We still believe more on the All Progressives Congress.” 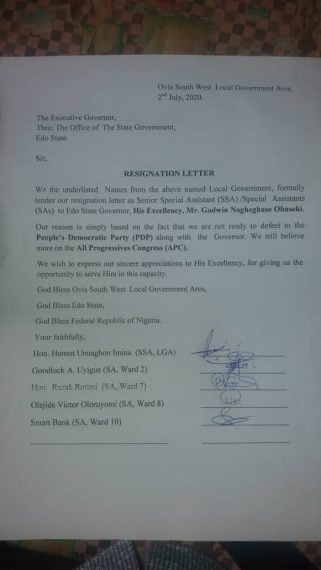