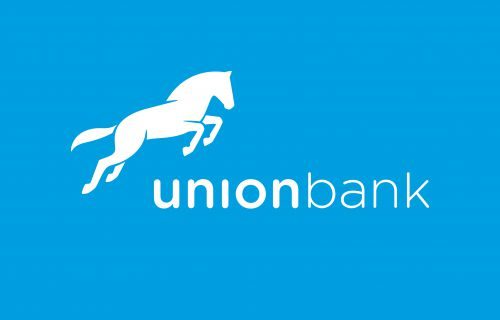 The National Long-Term Rating has been upgraded to ‘BBB(nga)’ from ‘BBB-(nga)’.

The upgrade of the National Long-Term Rating reflects the bank’s improved creditworthiness relative to other issuers in Nigeria.

According to the agency, Union’s Long-Term IDR is driven by its intrinsic creditworthiness, as defined by its ‘b-‘ Viability Rating (VR). The VR reflects still weak loan quality and risks to capital mainly from relatively low reserve coverage of Stage 2 and 3 loans and large single-obligor and sectoral credit concentrations. The VR also reflects Union’s concentration and sensitivity to Nigerian operating environment risks and moderate franchise.

This is balanced by a stable funding and liquidity profile and adequate profitability for the bank’s risk profile.

The Stable Outlook reflects Fitch’s view that risks to Union’s credit profile are captured in the current rating, with sufficient headroom under our base case to absorb the fallout from operating environment pressures.

“Operating conditions in Nigeria are gradually stabilising and Fitch forecasts 1.9% GDP growth in 2021, following a 1.8% decline in 2020. Our baseline scenario is that business volumes and earnings should continue to rebound in 2021, while the rally in oil prices is also a positive factor. Nevertheless, downside risks linger, given inherently volatile market conditions, with banks still exposed to foreign-currency (FC) shortages, potential further currency devaluation, rising inflation and regulatory intervention by the Central Bank of Nigeria (CBN).

“Union has a well-established brand and nationwide presence and operates across multiple customer segments, but lacks competitive advantages compared with larger Nigerian banks due to its modest franchise (market share of around 5% of sector assets). Union’s decision to divest its UK operations (subject to UK regulatory approval, expected by end-2021) will not fundamentally alter the bank’s franchise, although it will be capital accretive.

“Asset quality is weighed down by large credit concentrations and high Stage 2 loans (end-1H21: 20.5% of gross loans), on which reserves are only 7.4%. Union’s Stage 3 loans ratio underperforms peers – rising slightly in 1H21 to 8.7%, down from 24.0% at end-2018 – while total reserves coverage (65%) is relatively low reflecting reliance on collateral.

“Union has demonstrated resilient profitability to date reporting an average operating profit/risk-weighted assets ratio of 2.3% over the past four years. Profitability metrics are lower than higher-rated peers due to weaker margins and a high cost/income ratio (76% in 1H21). Its net interest margin contracted to 3.2% in 1H21 from 4.9% in 2020 due to the low interest rate environment, although earnings were supported by recoveries and growth in fee income.

“Union’s 16.1% total capital adequacy ratio at end-1H21 is modestly above its 15% minimum regulatory requirement and is supported by qualifying subordinated debt of NGN30 billion (equivalent to 17% of eligible capital), which matures in 2029. Union’s Fitch Core Capital (FCC) ratio fell to 14.5% at end-1H21 (end-2020: 16%), underperforming peers. This was mainly due to loan growth, which we expect to continue in 2H21, but largely be offset by internal capital generation.

“Capitalisation remains sensitive to asset quality risks and naira devaluation. Pre-impairment operating profit (around 3% of average loans) provides a moderate buffer to absorb loan impairment charges. Stage 3 loans net of total reserves were 15.3% of FCC at end-1H21, down from a peak of 51.0% at end-2018.