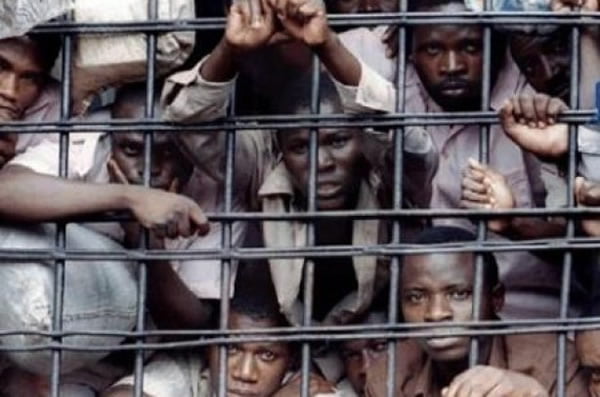 A 27-year-old fisherman, Fatai Yussuf, has been remanded in a custodial centre in Lagos over alleged killing of his six-week-old daughter whom he threw into a lagoon, because she was sick.

The Chief Magistrate, P.E. Nwaka, gave the remand order at a Magistrates’ Court in Yaba, Lagos on Wednesday.

Yussuf is facing a count charge of murder, but his plea was not taken by the court.

Nwaka ordered that the defendant be kept at the Ikoyi Custodial Centre pending legal advice from the Lagos State Directorate of Public Prosecution.

He adjourned the case until February 23.

Earlier, the Prosecutor, ASP Thomas Nurudeen, told the court that the defendant committed the offence on December 27, 2020 at Ajanaku lagoon in Badagry, near Lagos.

According to Nurudeen, the defendant’s wife had dropped their ailing six weeks old baby with him to look after so that she could do her business.

He said the defendant had taken the baby and his first son to Ajanaku lagoon and threw her into the lagoon in the presence of his son who tried to stop him.

Nurudeen told the court that when his wife returned home, he lied to her and his brother that he had taken the deceased to hospital.

He said after it was discovered that the defendant had thrown his baby into the lagoon, his elder brother went to the nearest police station and reported the case.

The offence contravenes Section 222 and punishable under Section 223 of the Criminal Laws of Lagos State, 2015 (Revised).

The News Agency of Nigeria reports that Section 223 stipulates death penalty for the offence of murder.