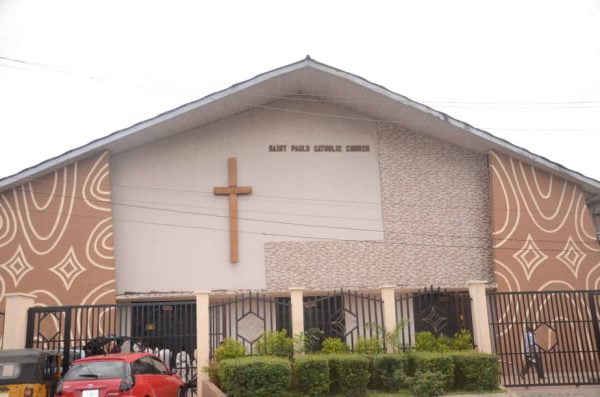 St. Paul’s Catholic Church, Ebute Meta, Lagos, the first outpost of the Roman Catholic Church outside the Holy Cross Cathedral, is set to mark its 120th anniversary on June 26, 2021.

Rev. Fr. Michael-Christian Okonkwo, the Priest-in-Charge of the church, told the News Agency of Nigeria in Lagos on Thursday that the event would have taken place in 2020, but for the COVID-19 induced restriction on activities.

The Priest noted that St. Paul’s Catholic Church, Ebute Meta, the first Roman Catholic Church on Lagos Mainland, founded in 1900, had many historic and spiritual significances associated with it.

NAN reports that according to the history of the church, the Holy Cross Cathedral had enjoyed a pride of place as the first point of settlement for the Roman Catholic Church.

It catered for the spiritual needs of returnees from Brazil, other Latino American countries and the Caribbean Island in the mid-19th century.

Initially, the church’s influence was restricted to Lagos Island until the Roman Catholic Missionaries sought to win converts across the Lagos lagoon on the Mainland.

The Evangelisation probably started around 1890 under Bishop O’Rourke with outstation services and later Masses in the homes of early converts.

By 1895, the Church acquired the present location of St. Paul’s Catholic Church from De Souza family.

The Church has been listed in the roll of the United Nations Heritage sites as a result of the Holy Black Sculptures of spiritual images, which prompted the use of the church for the mass of the FESTAC 77.

According to Okonkwo, the Church has grown in faith and numbers.

He said: “St. Paul’s Catholic Church, Ebute Meta to the glory of God is celebrating 120 years of its existence in the last Saturday in June.

“We are glad and joyous that we will be rolling out drums to celebrate this unique moment in the life of the church.

“It has been a wonderful journey for this church that started with the baptism of just two individuals to parish strength of almost 78,000 parishioners and still counting.

“It has also been a journey of growth in faith, growth in understanding and in acculturation.”

The Catholic clergy told NAN that St. Paul’s had given birth to several other parishes, including St. Dominic and St. Anthony Catholic.

The priest appealed to the government to return the land of two schools formerly owned by the parish to the church.

Okonkwo said the schools: St. Paul’s Catholic Boys School and Mount Carmel Girls School, were part of the missionary schools the government took over some years ago.

He said: “Our early missionaries took both the spiritual and intellectual life of their parishioners seriously and that was why they built schools in many missionary churches.

“It will have been a joy to celebrate our school alongside with the church anniversary, but sometime ago, the government took over all the missionary schools.

“After a while, they returned some of the schools back, but these particular ones that are so dear to the church were not returned.

“The schools, which were in the compound of the church, were not well managed after they took over the schools.

“Three years ago, the structures became dangerous for the students and it was brought down.

“We want to make a passionate appeal to the government to return the land back to the church so we can use it for the good of the community.”