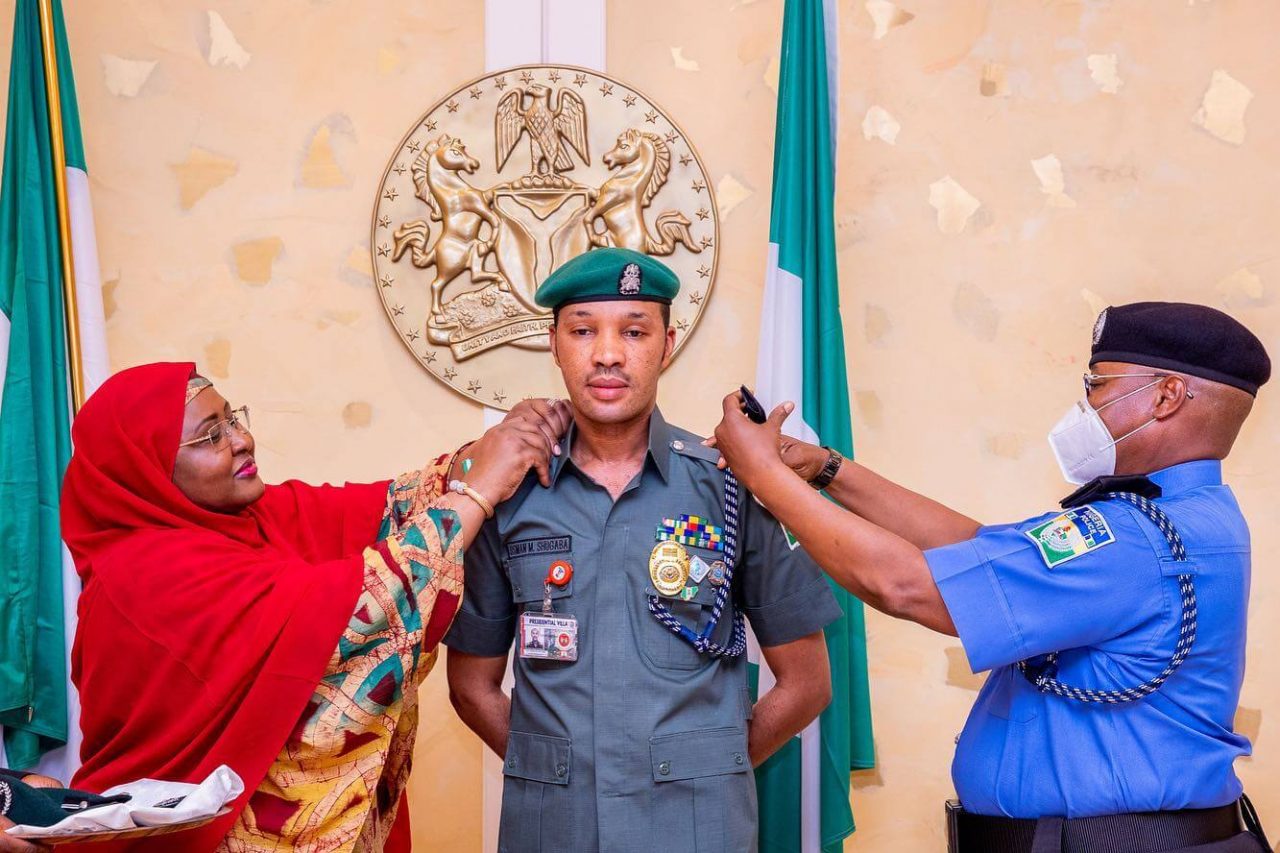 The First Lady, Hajia Aisha Buhari, on has decorated her Aide-De-Camp, Usman Shugaba, with his new rank of Assistant Commissioner of Police.

It took place at the Presidential Villa in Abuja on Wednesday with the Inspector General of Police, Usman Baba, in attendance.

Hajia Buhari urged Shugaba to step up his job performance to justify his promotion.

The First Lady described the newly-promoted officer as a highly committed and dogged officer who performed his task with high sense of honesty and humility.

She said: “I thank you for coming to support me to decorate one of my dogged staff, as an Assistant Commissioner of Police.

“Usman Shugaba is a highly committed Senior Officer in the Nigeria Police today.

“I wish you all the best in your new positions.”

In his remark, the IGP said that promotion in the Nigeria Police Force was an achievement that came through hard work and dedication to service.

Baba said: “When I received the recommendation of the promotion from the First Lady that the ADC had been performing his duty diligently with honesty and dedication, I had no option than to put my own recommendation to the Police Service Commission for his elevation.

“Shugaba has today joined the league of senior officers in the Nigeria Police.”

Baba described the Nigeria Police as a reputable institution, which guaranteed service to humanity and the protection of lives and property of the citizenry.

He also charged the First Lady’s ADC to remain resolute in his new rank and to continue doing a good job.

He added: “By this promotion, you will be taken to the category of decision making process and you are to command not less than 1,000 officers and men at any point in time.

“So, I want to congratulate Shugaba for reaching this far in his chosen career in the Nigeria Police Force.”

The News Agency of Nigeria reports that Shugaba was born in 1982 and joined the Nigeria Police Force in 2002.

He had served in various capacities within the force before his appointment as the First Lady’s ADC.

Shugaba had served in the Police Command in various states, including as ADC to former IGP Mohammed Abubakar and Kogi State Governor Yahaya Bello. 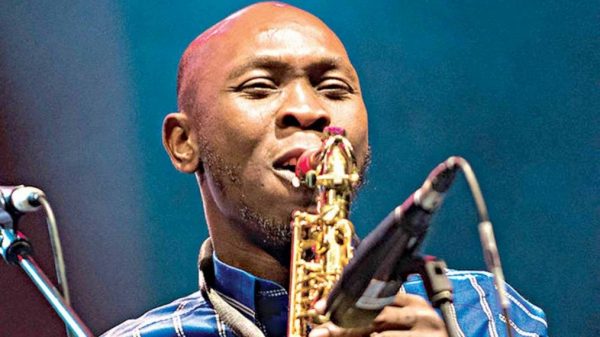 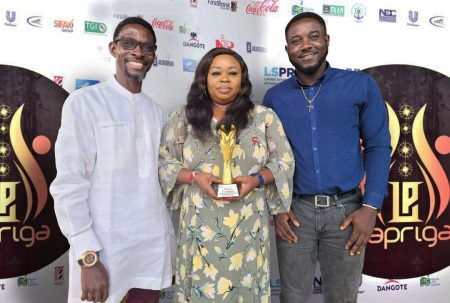 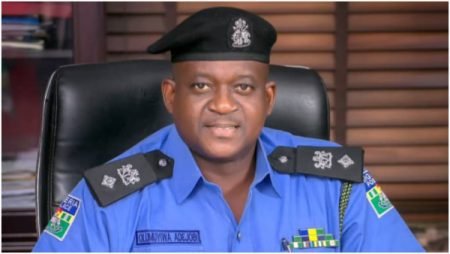