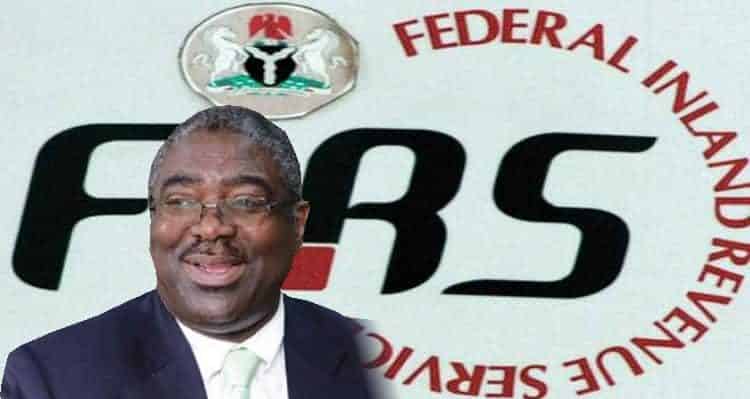 Share
Facebook Twitter LinkedIn Pinterest Email
The Federal Inland Revenue Service on Friday continued its crackdown on tax-defaulting companies in Abuja.
The FIRS enforcement team, led by Zubairu Usman, sealed the offices of Dayak Nigeria Limited located at Idu Industrial Layout in Area One part of the city.
The company has a Value Added Tax liability of N41,535,829.47 owed between 2013 and 2016.
However, R.T. Communications, with a tax liability of N106,408,475.00, could not be located due its use of a fake address.
Ceezali Limited, located at Thaba Tseka Street, thought to owe N14,603,941.00, presented evidence of payment and was not sealed.
Earlier in the week, the FIRS shut Ace Products and Services located at Limited 20, Sanni Ashimu Close, Ologun Bus stop, Awoyaya, Lagos, over a tax debt of N157.562 million.
On Tuesday, the team sealed off Finchglow Travels Agency at 25, Ademola Street, Ikoyi, Lagos, over a tax debt of N30.553 million.
Other firms sealed included Westcom Technologies at 18 A, Onikepo Akande Street, Lekki Phase 1, Lagos, over a tax debt of N25.978 million, and Globasure Technologies Limited at Plot 10B2, Lekki Phase 1, Lagos, which owed tax of N34.572 million.
On Monday, four companies in Lagos and Port Harcourt, Rivers State were shut over their failure to meet their tax obligations totalling N630 million.
The affected firms comprised Charcoal and Spices Restaurant Limited, GRA, Port Harcourt, and Cioscon Nigerian Limited at 14, Aba Road, Port Harcourt.
The leader of the FIRS enforcement team,  Anita Erinne, sealed both companies after showing a warrant of distraint to officials of the company.
Charcoal and Spices Restaurant Limited owes N12,388,979.50 tax debt, while Cioscon Nigerian Limited has a tax liability amounting to N479,203,464.43 from 2014 to 2016, which the firm has failed to remit.
Erinne told the defaulting firms that the companies’ premises will be unsealed when they clear their outstanding tax bills.
She warned the workers not to unseal or tamper with the FIRS seal until the debts are cleared, stating that any attempt to remove the seals will be a contravention of the law.
Erinne noted that the firms have been officially notified of their indebtedness to FIRS, stating that all the companies’ taxes should be paid before their premises could be unsealed.
In Lagos, the enforcement team of the FIRS sealed Joza Global Service situated at 18, Ribadu Road, Ikoyi, Lagos over a tax debt of over N30.6 million.
The FIRS team also sealed-off Spog Petrochemicals Limited situated at 50d, Glover Road, Ikoyi, Lagos over a tax debt of N105.5 million.
Federal Inland Revenue Service tax default Zubairu Usman
Share. Facebook Twitter Pinterest LinkedIn Tumblr Telegram Email