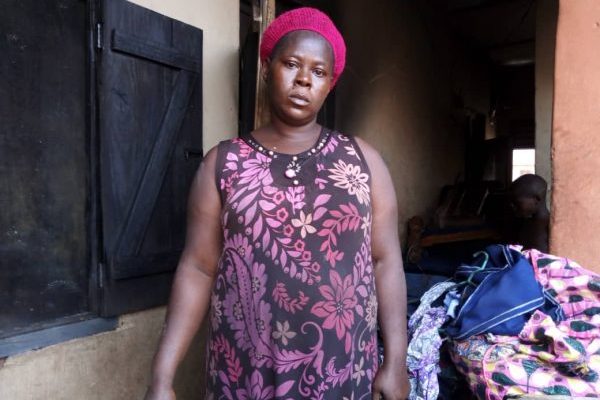 A Pastor, simply identified as Mr. Chukwu, and his family have been rendered homeless following a fire disaster which engulfed their residence at 40, Ejidike Street in Abakaliki, the Ebonyi State capital, on Saturday.
The fire, which destroyed household equipments such as furniture, electronics and clothings worth millions of naira, also consumed valuable documents belonging to the family.
An eyewitness, Emmanuel Ngwu, told The Eagle Online that the fire started at about 10am on Saturday and it took the intervention of men of the Ebonyi State Fire Service and sympathisers to put it off.
The wife of the Pastor, Cecilia Chukwu, told The Eagle Online Correspondent who visited the scene of the inferno, that she was cooking in the kitchen when the fire started in their sitting room, lamenting that they could not save a pin from the inferno.
Mrs. Chukwu, who said her husband had been away for a theological course in Cross River State, pointed out that the incident had rendered the entire family homeless for now.
According to her, not only had her children lost all their academic certificates to the fire, all important documents needed for her husband’s clearance at the theological school were also totally destroyed.
She explained: “I was in the kitchen and my eldest son whom I asked to clean the living room was there, when all of a sudden I saw thick smoke coming out from the apartment.
“And on close look, I saw that fire was already burning the window.
“I started shouting.
“Before I know what was happening, everywhere in the apartment was covered with the fire.
“We are finished!
“We couldn’t remove anything from the apartment.
“Everything we had, including my children’s certificates, my husband’s certificates and valuable papers have all gone.
“I don’t know what to do now.”
Mrs. Chukwu called on the National Emergency Management Agency and other relevant authorities to come to their assistance.
Meanwhile, the Senior Fire Officer of the Ebonyi State Fire Service, Omaka Nkama, who led his team to contain the inferno, noted that the quick intervention of his men and other neighbours who assisted with water from their houses and inside the gutter, saved the fire from engulfing the entire building.
He however indicated that the main cause of the inferno was a careless tampering with of electrical cable in the apartment, which was connected to the national grid.
Nkama said: “We got a call from someone that there was a fire outbreak in this street.
“I quickly mobilised my men.
“When we got here, the fire was already up, but we immediately laid a lane of hose and quickly put off the fire.
“It destroyed so many things: furniture, sleeping beds, foams, electronics, clothes,  certificates, important documents, etc, according to what this woman has told us here.
“That is why we keep warning people to keep flammable materials away from electrical sockets.
“It is important.
“The fire, according to what the woman said, was caused by careless energy tampering,  either by the children or others.
“They may not know, but that’s the truth.
“People should be careful the way they meddle with electrical power from national grid.”