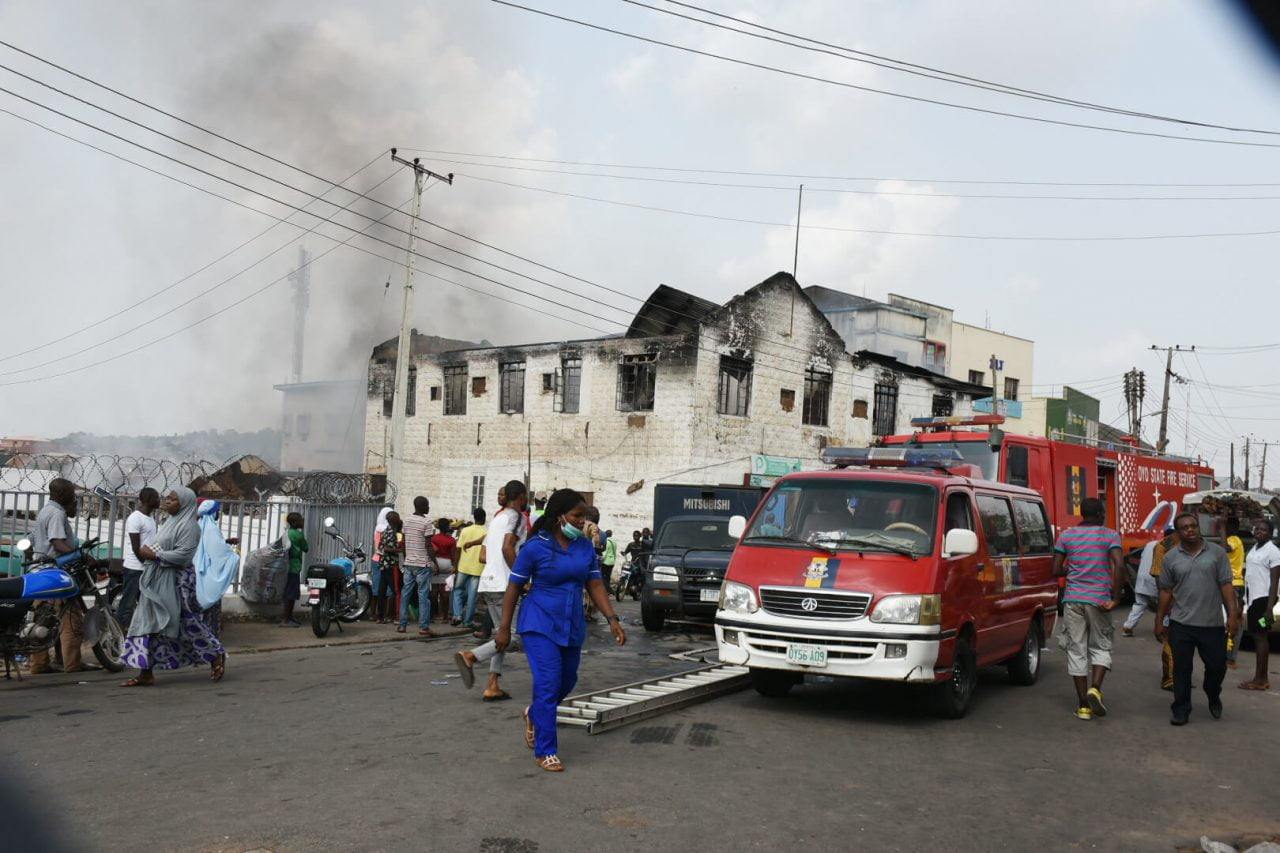 Goods worth millions of naira were burnt in an inferno that swept through the popular Dugbe Market in Ibadan, Oyo State on Wednesday.
The News Agency of Nigeria reports that the fire, which was said to have started at about 2pm, was put out at about 4:05pm by a combined team of fire fighters from the Oyo State Fire Service, Central Bank of Nigeria and Sweetco.
Eyewitnesses told NAN that a spark from a welder’s shop had ignited the fire, which quickly spread to other shops in the market.
NAN also reports that several stores filled with beddings, clothes, furniture, electronics and travelling bags were destroyed in the incident.
A Deputy Director in the Oyo State Fire Service, Moshood Adewuyi, said the traders failed to call the service immediately the fire started .
Adewuyi said: “I wonder why a fire incident that happened in the afternoon destroyed so much goods before fire service was called.
“If it was in the night that the incident happened, it would have been an excuse because we would have said the owners were not there.
“But the shop owners were trying to put out the fire on their own and when it failed, they decided to call the fire service after it had destroyed all the shops with goods.
“When we came, some shop owners were seen trying to pull out their goods from the stores.”
A trader, Folasade Ajiboye, admitted that the fire fighters did not call the fire service on time before it later escalated.
Oriola Bodunrin, another shop owner, however, said the fire station at Aleshinloye Market was contacted, adding that officers there claimed they had no water.
Bodunrin, however, commended the fire fighters for putting out the fire.