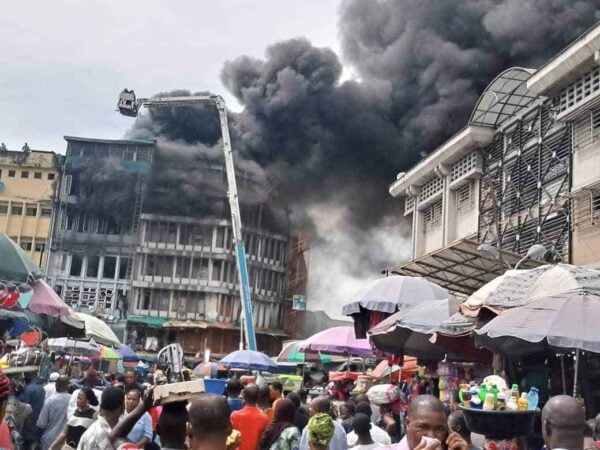 An early morning fire on Thursday has gutted a block of six flats in Mile 2 Estate, Amuwo Odofin, Lagos State.

Efforts were still on as at the time of filing this report to put out the fire at the block of flats behind the Central Mosque in the Estate.

Information regarding the incident was also still sketchy as at press time.