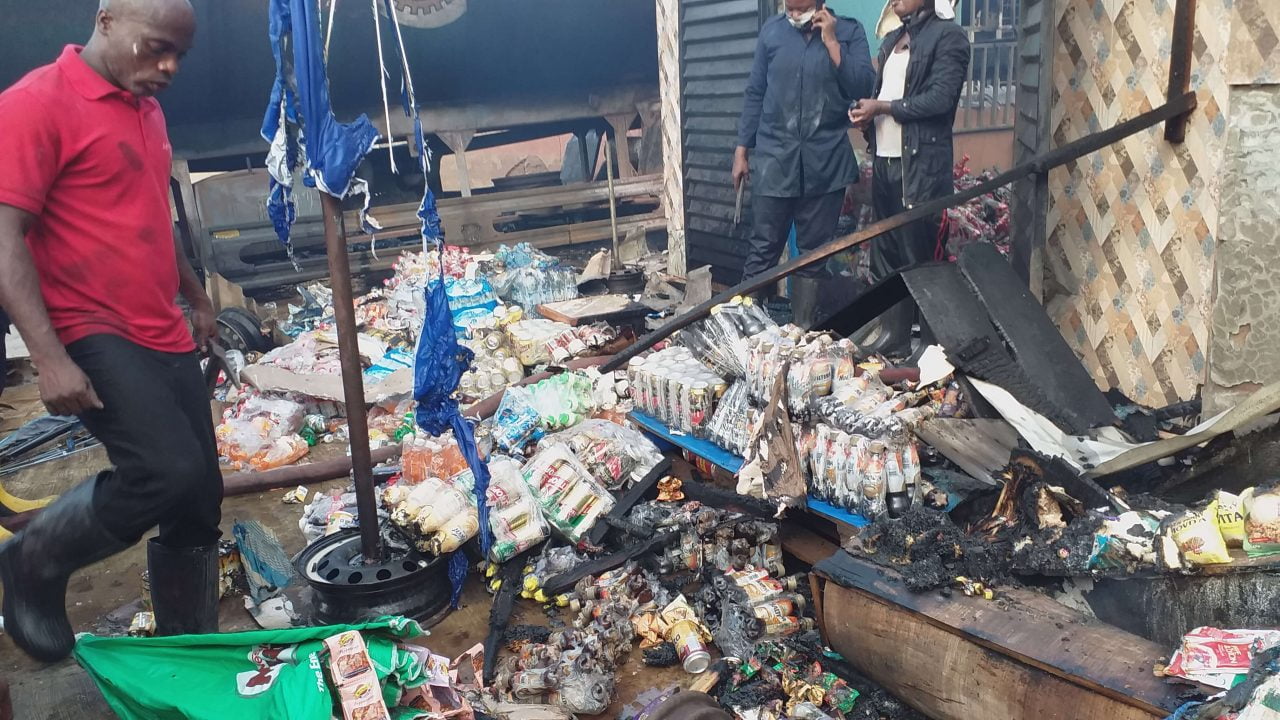 A fire incident which occurred on Monday around 4:20pm completely burnt down Al-Amin filling station located at Elebu area of Ibadan.

The News Agency of Nigeria reports that two shops inside the petrol station and a section of a building behind it were also destroyed by the fire.

NAN also reports that money from sales made for the day, which was said to be kept inside one of the stores in the filing station, was also gutted by the fire.

Speaking on the incident, one of the workers in the station, Shina Siba, said the fire started suddenly when a tanker loaded with 33,000 litres of petrol was off-loading into the underground tank.

Siba said the fire started around 4:20pm and it took the fire service about 40 minutes to arrive at the scene of the fire outbreak.

He said everything inside the filing station got burnt, adding that he was still in shock and could not even recollect other things affected by the fire at that moment.

Omole Ayodeji, Station Officer, Federal Fire Service, that the service responded promptly when they got the call.

Ayodeji said: “We got a call about an hour ago and we did not get exactly what was going on, but on getting here, we met the filling station on fire and it had already spread out to the building behind it.

“We are not sure of what caused the fire, but l think what happened was that the tanker was off-loading and maybe there was a spark, which caused the fire.”

Ogunayo said the filling station was located around residential buildings, adding that the fire could have escalated if not for the prompt arrival of officers of the fire service.

She called on filling station owners to always leave gap between the station and residential buildings.