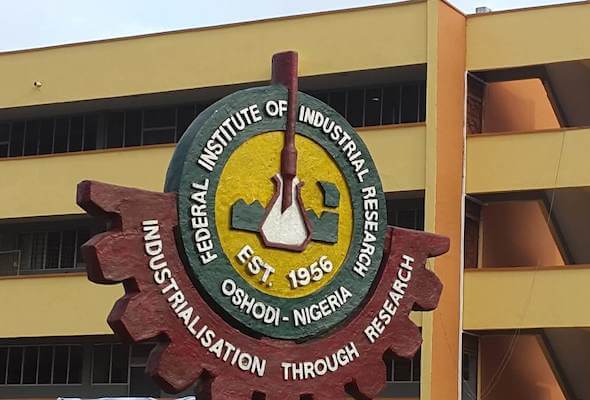 The Governing Board of the Federal Institute of Industrial Research Oshodi, Lagos has removed the acting Director-General of the institute, Chima Igwe.
The removal of Igwe, who is being probed by the Independent Corrupt Practices and other related offences Commission for presenting himself as holding a Doctorate degree when he was yet to complete his studies, was contained in official notice to the workers on Tuesday by the Director of Human Resources and Administration, Olutoyin Akinfire.
In his place, Akinfire said the Board had approved that the Director of Production, Analytical and Laboratory Management, Dr. Agnes Asagbra, steps in as Acting DG.
The notice added: “She is to oversee the activities of the institute pending the appointment of a substantive director-general and chief executive officer.
“Please accord her all necessary support towards the achievement of the mandates of the institute.”
Asagbra had initially been recommended by the Governing Board to the Minister of Science and Technology, Dr. Ogbonnaya Onu, after the controversy surrounding the doctorate of Igwe surfaced in 2019.
But Onu rejected the recommendation.
Igwe, who assumed office as Acting DG in May 2019, had for 18 years claimed to have bagged a PhD from Universite d’Abomey Calavi, Benin Republic until an investigation by The PUNCH revealed otherwise.
Though he attended the university, he did not complete the process to earn the PhD.