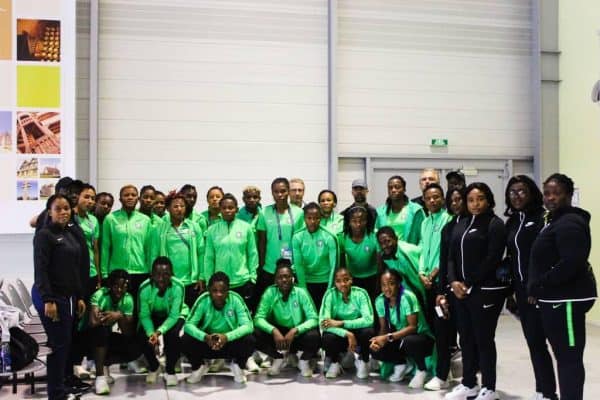 It was a spirited Nigeria delegation that flew into the city of Rennes on Thursday morning from Grenoble, venue of their 2-0 defeat of Korea Republic on Wednesday at the 8th FIFA Women’s World Cup.
The party was much more enlivened than the group that proceeded quietly and without ceremony from Reims to Grenoble, following the 3-0 spanking by Norway on Saturday.
Players and officials are upbeat at their Best Western Plus Hotel Isidore in Rennes.
The team had light training session an hour after arrival, with the 11 players who started against Korea Republic using the gymnasium, while the others went running in the hotel premises.
The Super Falcons have a few days to rest and train hard for Monday’s clash with host nation France at the 28,000-capacity Roazhon Park in Rennes.
Rennes, located 55km south of the English Channel, is the largest city in the Brittany region and with a population of over 200,000 people.
It is the 11th most populous city in France.
A draw in Monday’s encounter will most certainty see the African champions qualify for the Round of 16 at the 8th FIFA Women’s World Cup finals.