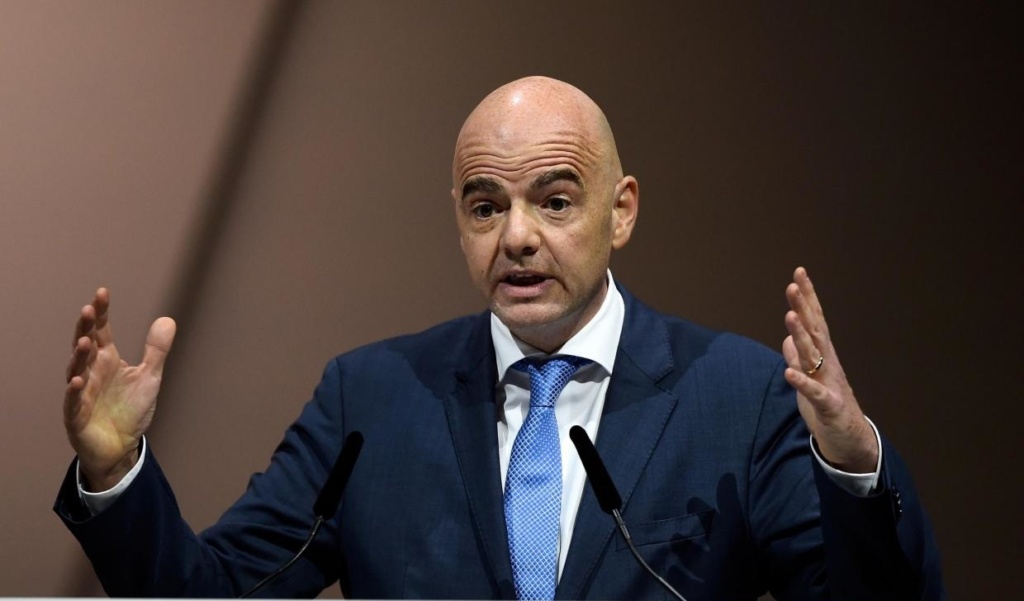 The International Broadcast Centre was opened on Friday in Moscow with a ceremony attended by FIFA President, Gianni Infantino, and several high-profile local dignitaries.

The News Agency of Nigeria reports that during a guided tour of the IBC by FIFA’s TV broadcast production experts, the delegates stopped by the Video Assistant Refereeing room, which will be the hub of all VAR operations during this year’s FIFA World Cup.

The operation of the IBC was demonstrated to them by FIFA Referee experts Roberto Rosetti and Massimo Busacca, working alongside FIFA Football Technology Innovation specialists Johannes Holzmüller and Sebastian Runge.

Infantino declare open the IBC of the 2018 FIFA World Cup before international print and broadcast media.

He said: “The IBC is the 13th ‘official venue’ of the FIFA World Cup, beside the 12 stadiums; but in terms of audience, it is in fact the first.

Infantino was joined for the event by Mayor of Moscow Sergey Sobyanin; Deputy Mayor of Moscow, Alexander Gorbenko, President of the Crocus Group, Aras Agalarov; Chairman of the Russian Local Organising Committee,  Arkady Dvorkovich and Chief Executive Officer of the LOC, Alexey Sorokin.

The IBC is where the host broadcast feed for all 64 matches will be processed, monitored and beamed to TVs, radios and digital devices in 219 territories around the world.

Additional content will be produced there as well from daily highlights shows and team updates, to story features and promos.

It is also the headquarters for all Media Rights Licensees, the national and regional broadcasters who have bought the right to show FIFA World Cup matches.

This is in addition to the production and office space used by 78 MRLs at the IBC, there are also 13 outside presentation studios on Moscow’s iconic and picturesque Red Square.