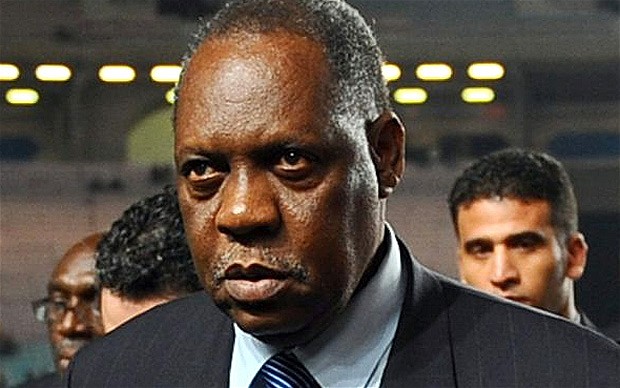 Confederation of African Football (CAF) Honorary President Issa Hayatou has been banned from all football-related activities for a year by global governing body FIFA.

The Cameroonian official, who at one stage was Acting President of FIFA, was found guilty of breaching the 15th article of its Code of Ethics.

This followed an Ethics Committee investigation into an agreement between CAF and Lagardère Sports over the media and marketing rights for CAF competitions.

Hayatou breached his duty of loyalty by entering into an agreement which was anti-competitive and caused financial and reputational damage to CAF, ruled the FIFA Ethics Committee.

The legal counsel for Hayatou had argued that the FIFA’s “investigation was selective and biased, collecting only evidence to the detriment of the accused, not being conducted in an independent manner and not respecting the presumption of innocence”.

It was also claimed in Hayatou’s defence that the agreement was “entered into with the full knowledge of the members of the CAF Executive Committee”, and that it is “unthinkable that the CAF President would have acted alone”.

However, the four-person adjudicatory chamber found that “by entering into, continuing, and eventually prolonging an exclusive contractual relationship with one company, CAF failed to properly explore the potential of the market and possibly maximize its income”.

CAF lost hundreds of millions of dollars by entering into a contract extension with Lagardère without properly exploring alternatives or considering launching an open tender process, it was found.

“What is important and should have been addressed by CAF management (in particular Mr Hayatou in his position as President) is whether another viable or better alternative existed, before signing an extensive agreement with a company for as long as 20 years”, reads the decision.

It judges that “no evidence can attest of any effort made by CAF to reach out to other potential interested companies”, despite the deal it ultimately signed with Lagardère in 2016, binding CAF to the company for 20 years, being worth $200 million (£144 million/€169 million) less than the CAF estimate of its value.

The contract extension, and Hayatou’s role in it, caused “significant damage” to CAF.

Hayatou and his former secretary general Hicham El Amrani were previously each ordered to pay $27.9 million (£21.9 million/€24.7 million) by the Egyptian Economic Court in 2018 in relation to the deal.

An honorary member of the International Olympic Committee (IOC), Hayatou’s 29-year reign as CAF President came to an end in March 2017 when Madagascar’s Ahmad – himself now also banned from the sport by FIFA – defeated Hayatou in an election.

Hayatou was on the FIFA Council from 1990 to 2017, and led the organisation for five months from October 2015 to February 2016, after Sepp Blatter was suspended and before Gianni Infantino was elected President.

After becoming an IOC member in 2001, he remained one until turning 70 in 2016, and is now an honorary member.

Hayatou was a member of the IOC’s Women and Sport, Women in Sport and Beijing 2008 Coordination Commissions.