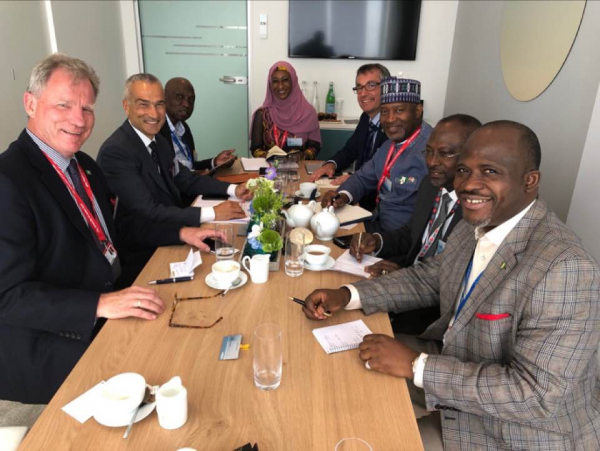 Fidelity Bank Plc on Monday in Lagos donated N50million to the Lagos State Security Trust Fund as part of efforts to enhance security around banks.
The Executive Director, Lagos and South-West of the bank, Nneka Onyeali-Ikpe, who presented the cheque to the Executive Secretary of the fund at Alausa Ikeja, said security was very important for business success.
Onyeali-Ikpe said that if the environment was threatened by insecurity, business, operators and customers would be affected badly.
She commended the Lagos state government for showing commitment to the security of lives and properties.
She said: “The Lagos State Government is committed to security, and we decided to support the initiative.
“I have eight branches and more than 2000 staff in Lagos. I don’t want to get call for bad news.
“Anytime I go to sleep, I am worried of their safety. Security is everything. If customers come to our bank, they should be safe.
“We have been seeing Police Rapid Respond Squad vehicles everywhere.
“This gives us sense of security. The fund is doing well; hence, we are supporting more. We will continue to do this.”
The Executive Secretary of LSSTF, Dr Abdurrazaq Balogun, commended Fidelity Bank for the gesture, which came without knocking on their door.
Balogun said that Fidelity had been consistent in its support.
He said that the bank had contributed N175 million to the fund since inception, calling on other organisations and individuals to emulate Fidelity.
The executive secretary said that the fund catered for some 4000 men in Lagos, and more money would help to take care of more projects.
He assured the fund stakeholders of judicious use of any donation, stressing that the government of Governor Akinwunmi Ambode had the drive to provide security for all in the state.
The News Agency of Nigeria reports that Charles Aigbe, the Divisional Head, Brand and Communication, was part of the bank team that came to present the cheque.