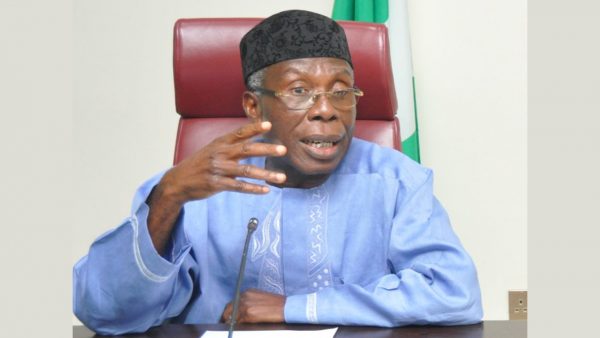 Chief Audu Ogbeh, Minister of Agriculture and Rural Development, has appealed to commercial banks to reduce their lending rates to farmers to spur the development of agriculture in Nigeria.
The minister made the appeal on Tuesday in Abuja at a three-day conference on: “Feed the Future Nigeria Agricultural Policy Project’’ organised by International Food Policy Research Institute, Abuja.
Ogbeh says the high interest rate being charged by commercial banks on loans to farmers is inimical to the growth and development of agriculture.
The minister pointed out that the government was committed to encourage youths participation in agriculture.
Ogbeh said some Nigerian youths had signified their interest to go back to the farm but the banks’ lending rate had become a cog in the wheel of actualising their decisions.
According to him, there is no way the interest rate of between 25 to 29 per cent could grow the economy and no farmer could survive the high interest rate.
He said: “Some banks are saying that the lowest they can give is 25 per cent interest on their loans and no farmer can survive with this rate.
“The banks do not give consideration to the gestation period before they start the charges, this is a big challenge.
“Nigeria’s banks interest rates have been viewed as one of the highest in the world.
“There is no farmer that could survive the high interest rates, something needs to be done because it poses a big threat to food security and development of agriculture.’’
The minister said government was committed to the development of agriculture as part of the determination to feed the growing population.
To this end, the Federal Government was determined to provide more mechanized farming inputs to farmers in the country to boost food production, he said.
The minister said government was committed to encourage youths to venture into modernizing agriculture by using mechanized farming inputs such as machines for planting, spraying, tilling and harvesting among others.
Also, Prof. Titus Awokuse, Department of Agriculture, Food and Resource Economy, Michigan State University, US said the university and the department had worked in partnership with research and teaching institutions in West Africa for 50 years.
Awokuse, who is the Chairman of the occasion, said the institution would continue to work towards the development of agriculture in Nigeria and African countries.
Dr George Mavrotas, Chief of the project, Head of IFPRI Nigeria Office, noted that IFPRI work centres around six strategic research areas with gender as cross cutting theme.
According to him, IFPRI is working to ensure sustainable food production by enhancing groundwater governance, promoting healthy food system, improving markets and trade, building resilience and strengthening institutions and governance.
Mavrotas said IFPRI would always do its best to ensure adequate policy for the development of the Nigerian agriculture.
He said this had become imperative because through adequate policies and research programme, food systems could be strengthened to better serve the interest of smallholder farmers and the poor consumers.
Participants at the conference were drawn from various sectors of agriculture to deliberate on food security, nutrition challenges, food system transformation, and climate change among others.