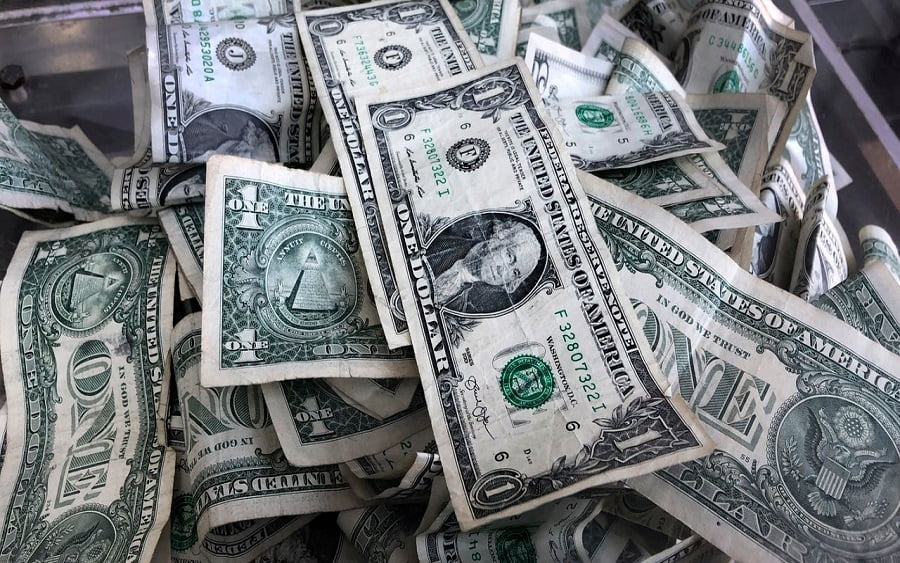 The Federal Government will, on Thursday, tender the sum of one million, thirty thousand dollars allegedly recovered from rtd Air Commodore Umar Mohammed before the Federal High Court, Abuja.

Justice Inyang Ekwo gave the order, on Wednesday, after the currencies, stashed in three bags, were counted with a counting machine at the office of the Deputy Chief Registrar (Litigation) of the court as directed by the judge.

The News agency of Nigeria recalls that Mohammed (1st defendant) and his company, Easy Jet Integrated Service Ltd (2nd defendant) are being charged with three counts bordering on money laundering, illegal possession of firearms and possession of classified documents without lawful authority.

At the resumed hearing, counsel for the Attorney General of the Federation (AGF), S. M. Labaran, told the court that the matter was adjourned for continuation of trial and that the witness was in court.

The first prosecution witness, Stephen Olatubosun, a staff of the Department of State Security Service (DSS), was asked to enter the witness box.

Justice Ekwo then asked the AGF lawyer how many bags of the currencies he would be tendering before the court based on the last proceeding in the matter and Labaran said three bags.

Justice Ekwo, therefore, made an order that the currencies be counted outside the courtroom but within the court premises.

The judge, who held that after the money had been counted and the amount ascertained it would then be tendered, ordered that the currencies be counted in the presence of counsel for the prosecution and defendants, Labaran and Dr Hassan Liman, SAN, respectively.

“For that to be done, the currencies shall be counted at the office of the Deputy Chief Registrar (Litigation) of the court and all the parties shall sign on the amount that has been arrived at after counting,” he ruled.

Justice Ekwo then adjourned the matter until March 25 for trial continuation.

Meanwhile, count one of the charge reads: “That you, Air Commodore Umar Mohammed (rtd), 54 years, male and Easy Jet Integrated Services Ltd on or about 19th June, 2016, within the jurisdiction of this honourable court, received the sum of one million, thirty thousand American Dollars ($1,030,000) in cash from Worldwide Consortium PTY Ltd, as payment for freight services, and you thereby committed an offence contrary to Section 15 (2) (b ) of the Money Laundering Act 2011 (as Amended) and punishable under Section 15 (3) and (4) of the same Section of the Act.”