FG to publish spending, locations of water projects details from 2010-2018 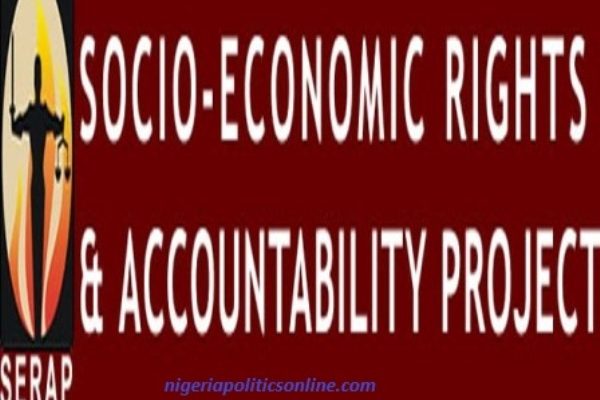 Socio-Economic Rights and Accountability Project on Tuesday said Federal Government had agreed to publish details of spending and locations of water and sanitation projects between 2010 and 2016.

A statement by SERAP’s Deputy Director, Timothy Adewale, said that the Federal Government also agreed to publish details of allocations of the projects in the 36 states of the federation.
Adewale said that the agreement for the publication of the statistics was reached following a request for that purpose via Freedom of Information Act by SERAP.
He said: “SERAP had asked Suleiman Adamu, Minister of Water Resources, to explain why Nigeria’s water and sanitation infrastructure have continued to deteriorate.
“This has made millions of Nigerians to resort to drinking water from contaminated sources with deadly health consequences.
“This is in spite of the authorities claim to have spent trillions of naira of budgetary allocations on the sector since the return of democracy in 1999.”
Adewale said that the minister in a letter with reference number FMWR/LU/S/374/I, dated March 12, 2018, agreed that the ministry would provide SERAP with details of spending and location of all water and sanitation projects across the country.
Adamu said: “The Federal Ministry of Water Resources will work hard to provide SERAP with the details of spending, and the information requested as they relate specifically to Water and Sanitation projects from 2010 to 2016.”
He added that Adamu also said, that “the Federal Ministry of Water Resources was demerged from the Federal Ministry of Agriculture and Rural Development in 2010“ and promised to forward SERAP’s request to the ministry.
According to him, the minister said he would give a copy of our request to the “Federal Ministry of Agriculture and Rural Development for action on the other years before 2010’’.
Adewale said that the minister’s letter, signed by P.C. Mbam, Acting Director (Legal) of the Federal Ministry of Water Resources, stated that Ministry of Agriculture and Rural Development would provide information on the issue from 1999 to 2010.
He said that SERAP welcomed the firm commitment by Adamu to explain to Nigerians what happened to trillions of naira budgeted for water and sanitation across the country between 2010 and 2016.
He described the commitment as “refreshing’’, especially coming at a time many public institutions like Nigerian National Petroleum Corporation were rejecting public requests for information on “spending of our commonwealth’’.
Adewale said that while NNPC remained a vocal opponent of the Freedom of Information Act, Adamu could become the public number one advocate and defender of the law if he published the information requested.
He expressed hope that the NNPC and other ministries, agencies and departments would take a cue from the speed with which Adamu responded to SERAP’s request.
According to him, when the information is finally released as promised, it will be an important step towards reversing a culture of secrecy and corruption.
The director added that it would also curb high-ranking government officials from continuing to look after themselves at the expense of the well-being of majority of Nigerians, and development of the country.
He said that the expected publication became imperative due to funds channelled to the water sector without improvement, adding that the African Development Bank had invested over 905 million dollars in the sector since 1971.
He said that Nigeria was currently investing over N85 billion in the water sector, “yet millions of Nigerians do not have access to portable water” .