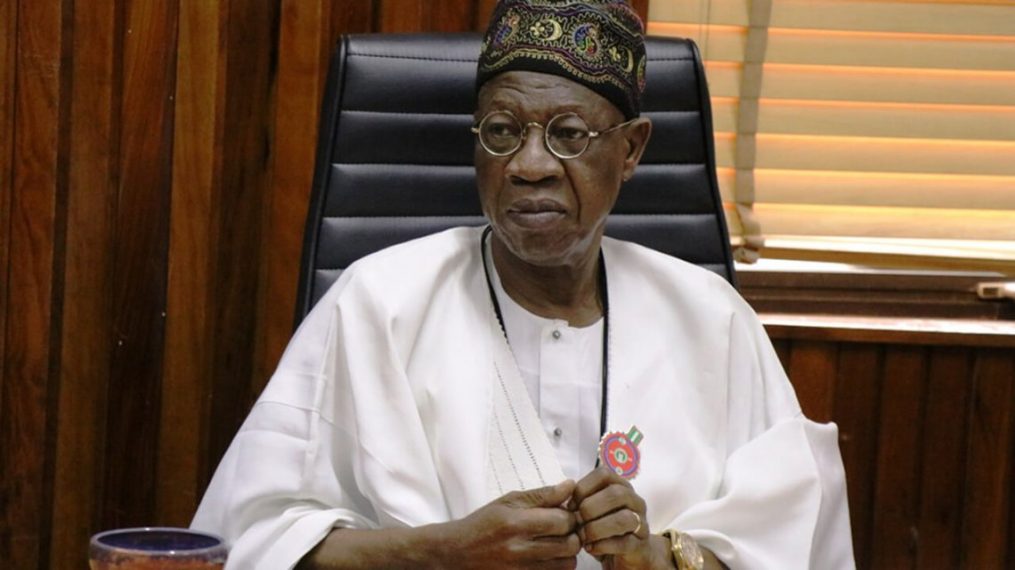 The Federal Government says it will be impossible for the opposition Peoples Democratic Party to change from its vice of looting public treasury, if it ever has access to power.

The Minister of Information and Culture, Lai Mohammed, said this in an interview with the News Agency of Nigeria.

In the interview on Thursday in Arusha, Tanzania, the Minister reacted to media reports that some members of the National Working Committee of the PDP had returned N122.4 million paid into their accounts by the main opposition party leader.

There had been media reports that the PDP National Chairman, Iyorchia Ayu, allegedly paid more than N100 million to the NWC members after the party’s primaries.

It was alleged that the money was from the more than N10 billion realised by the party from nomination fees paid by aspirants.

Reacting to the development, the minister said: “If a man can steal from himself, he will steal without any restrain from other people.

“When PDP lost elections in 2015, they admitted that they had learnt their lessons, but obviously, they have learnt nothing.

“God forbid, if they ever have access to public purse again, they will leave no kobo there.

“We know what we met when we assumed office in 2015, we are still wailing from it.

“We hope Nigerians have now seen from this scandal the intention of PDP if they ever have access to public treasury.”

Mohammed said certain questions should be raised from the development, including what informed the payment in the first place and if it was the first time such money was paid.

He said the party should also be questioned on the source of the money and whether it was from the slush fund it had in its possession.

Mohammed recalled that as a member of NWC of the then Action Congress of Nigeria and later the All Progressives Congress, no fund was ever paid into his account.

“Never did I remember that any form of money, call it, accommodation, or whatsoever, was ever paid into the account of any member of the NWC of either ACN or APC,” he said.

NAN reports that the Minister is in Arusha for the 65th meeting of the United Nations World Tourism Organisation’s Commission for Africa and a forum on: “Rebuilding Africa’s Tourism Resilience for Inclusive Socio-Economic Development.”

NAN also reports that the event is being attended by no fewer than 40 African Ministers of Tourism, UNWTO leadership and the Organisation’s representatives from other blocs.