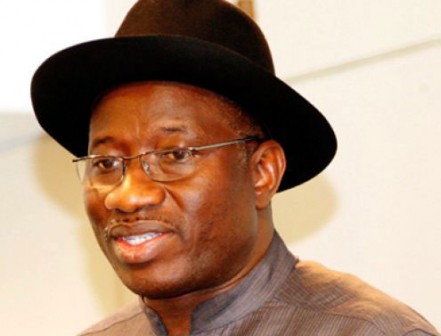 President Goodluck Jonathan pledged on Tuesday in Abuja that the Federal Government will fully explore the option of creating a special intervention fund that will facilitate the rapid establishment of more centres of medical excellence across the country.
Speaking at an audience with a delegation from the Nigerian Medical Association, President Jonathan described the recommendation of a special fund that will give low interest loans for the establishment of state-of-the-art medical facilities as a creative idea that will receive appropriate consideration from government.
“We are committed to working with professionals and the private sector to establish better medical facilities in the country and reduce the number of Nigerians who have to go abroad annually for medical reasons,” President Jonathan assured the delegation, which was led by the President of the NMA, Dr. Osahon Enabulele.
Jonathan said that because of the great importance his administration attaches to the medical and educational sectors, he was determined to do all within his powers to positively resolve all issues that currently lead to labour disputes and strikes in both sectors.
He pledged: “I believe that we must manage both sectors in such a way that nobody engaged in them will think of going on strike again.
“We will continue to proactively evolve measures that will help us to permanently overcome the problems that lead to strikes by health and education professionals.”
Jonathan assured Enabulele and other members of the NMA delegation that his administration will take all necessary action to ensure that the right conditions are created for Nigerian medical professionals to stay at home and avail Nigerians of their acknowledged skills and expertise instead of migrating to other countries.
The President said that his government was determined to correct the anomaly of Nigeria being so strong in terms of human capacity in medicine, with about 25,000 Nigerian medical consultants currently practising in the United States of America alone, as confirmed to him by President Barack Obama and yet being unable to treat many of its sick people in its own hospitals.
He said: “There is a clearly a missing link somewhere and we will do everything possible to fix it.
“We will continue to work with professional bodies and all stakeholders to come up with more policies and actions that will help us overcome current challenges in our medical sector.
“We will work with the National Assembly to ensure the quick passage of the National Health Bill.
“We will take prompt action to reconstitute the Medical and Dental Council of Nigeria.
“We will also consider recommendations for the establishment of the Office of Surgeon-General of the Federation.
“I believe that we must always do what is best for our country. We will review all the other issues you have raised and act accordingly.
“When things are done properly, issues of welfare and remuneration in the health sector will disappear.”
Enabulele had earlier assured President Jonathan of the NMA’s support for his administration’s agenda for national transformation and proposed national dialogue.
The NMA president however called for the urgent reconstitution of the main regulatory body in the health sector, the Medical and Dental Council of Nigeria, which was dissolved in 2011.
Enabulele also called for faster action on the passage of the National Health Bill and other issues related to the creation of a more conducive operating environment for doctors and other healthcare professionals such as remuneration, welfare and training.
At the conclusion of the audience, President Jonathan was decorated with the emblem of the NMA by Prof. Umaru Shehu.
The NMA delegation also included the Emir of Tsonga, Dr. Haliru Yahaya; the NMA Second Vice-President, Dr. Uche Ojinmah; and the NMA Secretary-General, Dr. Akpufuoma Pemu.