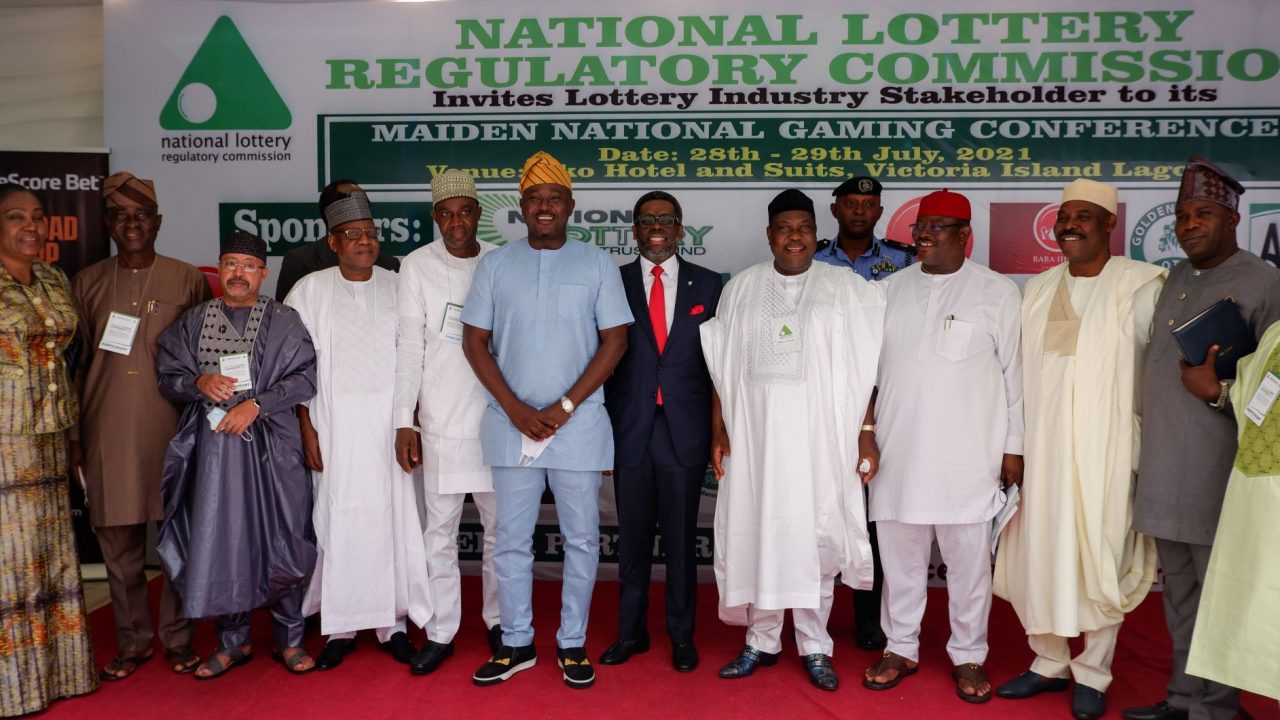 Sen. George Akume, the Minister of Special Duties and Intergovernmental Affairs on  Wednesday said that the Federal Government would be acquiring a central monitoring system(CMS) for the Gaming Industry in Nigeria.

The minister made this known during the maiden edition  of the National Gaming Conference organised by the National Lottery Regulatory Commission(NLRC).

The theme of the event was “Repositioning the gaming industry for better performance and enhanced revenue generation  for stakeholders in the 21st century”.

He said that acquiring the CMS was in line with the 2021 Appropriation Act.

Akume said the CMS would enable the Commission and its sister agency, the National Lottery Trust Fund to perform maximally  in their regulatory functions and provision of lottery good causes to Nigeria, respectively.

“The  CMS is desperately desirable to enable the government  to block leakages being experienced in the gaming  industry as well as eliminate discrepancies often observed  from the books of some operators.

“This will undoubtedly entrench transparency and accountability in the industry, thereby making things   a lot easier for all stakeholders, the minister said.

Speaking on Nigerian economy, he said that it shrank by 1.8 per cent in 2020, adding that this was the deepest decline since 1983.

He noted that the COVID-19 crisis further exacerbated the economic slowdown, resulting in over 100 million Nigerians entering poverty, which arose  the urgent need for government to widen and strengthen its revenue streams.

“The federal government as a matter of urgency began to look beyond oil and gas for revenue generation to sustain the Nigerian economy.

“We all know that poverty is a primary cause of youth unemployment, civil agitation and insecurity, hence significant funds are needed to confront these problems, “Akume said.

Impressed with the performance of the leadership of the National Lottery Regulatory Commission, Senator Akume noted  that the Nigerian gaming industry was well positioned  to play a key role in funding government’s poverty alleviation programs and other public good causes.

” As we may all be aware, the Lottery  commission was created in 2005 through the Act of the National Assembly to enable the government to properly organise the operation if Lottery business in Nigeria .

” Several stakeholders have made effort to generate revenue for the government through lottery, however it is sad to note that lottery revenues continue to fall short of industry potentials due to conflict of interests, he said.

He however said  that in 2019, reports indicate that Nigeria gaming industry, including international stakeholders  in excess N250 billion, noting that revenues to government did not exceed one  billion naira that same year.

In his welcome address, Mr Lanre Gbajabiamila, the Director-General  of NLRC said that  the commission was totally committed to the growth of the lottery business in Nigeria and that it would do everything possible to ensure that the business is elevated in all areas.

On its part, Mr Gbajabiamila said the commission “ has consistently worked on the actualization of a Central Monitoring System (CMS) platform to ensure real-time monitoring and promote accountable transparence in the the gaming sector” with relevant industry stakeholders and government officials, it would be working on the amendment of existing lottery laws.

” It is common knowledge that the industry has evolved and adopted technology to optimise so much that the extant laws do not reflect the reality or trend of the Nigerian gaming industry.

” We are optimistic that before the end of the year , the National Gaming Bill 2021 will be passed into law, “he said.

Gbajabiamila also noted that to reposition the gaming industry for better performance, stakeholders cannot afford to be at cross purpose, adding that it was necessary to work towards common cause.

The two law makers promised to give the lottery commission their maximum support in all its efforts to improve the lottery industry.

The conference is being attended all the major stakeholders of the lottery industry across Nigeria.