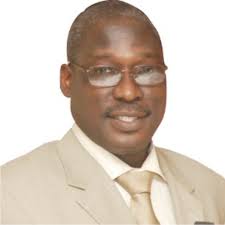 Share
Facebook Twitter LinkedIn Pinterest Email
The Federal Government on Wednesday said it has stopped the commercialisation of Niprisan, a drug used to manage sickle-cell anaemia in the country.
Prof. Karniyus Gamaniel, the Director-General of the National Institute of Pharmaceutical Research Development, revealed this ti the News Agency of Nigeria in Abuja.
Gamaniel said the drug was currently under the authority of the Federal Government, hence it was being produced and distributed solely by the Institute.
He added that the move was part of the social corporate responsibility of government to citizens.
He explained: “We give people who come to the Institute the sickle-cell drug.
“It is no longer sold in pharmacies.
“You only get it at the Institute.
“The Institute only engages in social production of the drug as it is under the authority of government now as pronounced by the Minister of Health.
“The production is part of the corporate social responsibility of government.
“Those that need it can get it.”
Gamaniel described sickle-cell anaemia as a genetic disease, which occurra due to the presence of an abnormal form of haemoglobin in the red blood cell called haemoglobin S, instead of haemoglobin A.
According to him, only people with haemoglobin SS suffer from the disease, while those with the AS haemoglobin are only carriers and those with AA haemoglobin are normal.
He said there was no cure for sickle-cell anaemia, but added that the Institute, in collaboration with local traditional medicine specialists, had researched and produced Niprisan to manage the disorder.
The director general said the Institute was continually making efforts at producing the drug to ensure that those with the disorder access it always.
Gamaniel said the drug, which was produced by the Institute, was previously licenced to a pharmaceutical company for sale commercially.
He said the commercial price had continued to increase, thereby making the drug less affordable and scarce for many people, leading to withdrawal of the company’s licence by the Federal Government.
He disclosed that the drug was commercially sold at the rate of N3,500 but that the Institute was currently dispensing same at the rate of N300.
He said: “People with sickle cell disorder will have to be on the drug for life as there is no cure yet.
“The drug increases the wellbeing of the individual as significant improvement has been observed.
“Malaria feeds on blood and so persons who have this disorder rarely suffer from malaria disease because the quality of their blood is low but this is just a minor advantage compared to what they suffer.
“Before we produced Niprisan, we had another drug that was in use but it had severe side effects and it was scarce, which made it expensive.
“There is now a bone marrow transplant, which some persons use for children to help relieve them of the symptoms as blood is manufactured in the bone marrow.”
The director-general said about six sickle cell centres were established in each geopolitical zone by the Federal Government, adding that some of the equipment available could detect the haemoglobin type of unborn babies.
Gamaniel urged persons living with the disorder to take advantage of the facilities and ensure proper check-up and management.
NAN.
Prof. Karniyus Gamaniel
Share. Facebook Twitter Pinterest LinkedIn Tumblr Email