FG says Nigeria has no intention to withdraw from ICC 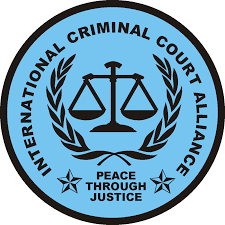 Federal Government on Thursday says Nigeria has no intention of withdrawing its membership from the international Criminal Court.
This was contained in a statement by the Acting Spokesperson, Ministry of foreign Affairs, Jane Adams, on Thursday in Abuja.
Adams stated that Nigeria was poised towards improving the working methods of the court for efficient delivery of its mandate in the service of humanity and equitable justice.
She said the Ministry of Foreign Affairs observed the recent developments on withdrawal of membership of the International Criminal Court by some African countries describing the actions as national decisions.
The News Agency of Nigeria recalled that South Africa, Gambia, and Burundi had in October announced their intent to withdraw from the ICC.
According to the spokesperson the ICC represents the hope and aspirations of millions of people around the world.
She said that Nigeria as a state party to the Rome Statute believed that the court represents an International mechanism for ensuring justice for all.
Adams said: “Nigeria remains a signatory to the Rome Statute adopted on 17th July 1998 and which entered into force in July 1, 2002. Nigeria deposited its instrument on 27th September, 2001.
“Many members States of The UN, not just Africans are not yet signatories and state parties of the statute.
“Though non membership does not protect anyone from prosecution by the court as the UN Security Council can refer cases to the Court the time has however come to call on all member states who have not yet signed the Rome Statute to consider becoming signatories to the statute.
“It is only by working together that we can ensure that the court effectively performs its functions and serves humanity faithfully.”
Nigeria, according to her, underscores the ideals and objectives which inspired the creation of ICC.
Adams said this include fighting impunity and ensure that perpetrators of crimes such as war crimes, genocide and crimes against humanity are brought to justice.
She said: “A strengthened, reinvigorated and fine-tuned ICC as a symbol of the International Criminal system has an important role to play to offer solace to victims of heinous despicable and dastardly crimes.
“It will also make the perpetrators of those crimes know that there is no rest for the wicked.
“We collectively, owe it as a duty to this and future generations, to give voice to the voiceless.”