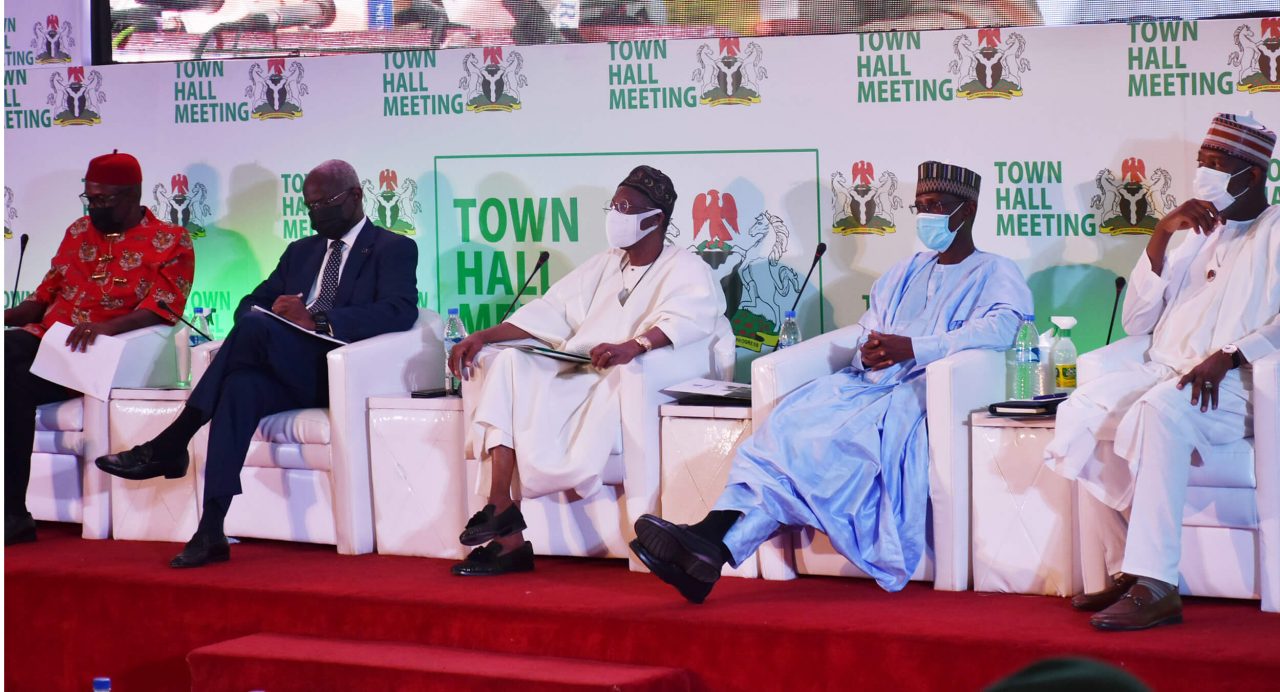 The Federal Government says it may consider capital punishment for railway track vandals in the country.

The Minister of Transportation, Rotimi Amaechi, said this during a Town Hall Meeting on: “Protecting Public Infrastructure,” on Monday in Abuja.

According to Amaechi, rail track vandalism is a capital offence and its consequences should be treated as such.

He said: “I am not quantifying the material cost; what I am quantifying is the lives that will be lost.

“Imagine that a driver of a rail track is driving and suddenly bumps into a track that has been severed, what happens?

“Each coach in Nigeria carries about 85 passengers, sometimes we carry 14 coaches, sometimes 20.

“So imagine you are carrying a train of 14 or 20 coaches with 85 passengers in each coach, if it derails, can you quantify how many passengers that would have died in the course of one man thinking he is making money.

“So, it is not about the cost but the lives that would have been lost because of few interests.

“Some people have recommended that since this people are killing people, if accident happens people will die, so we should go back to the National Assembly and pass a law that does not only criminalise the action but consequences should be death.”

The Minister further suggested that if armed robbery, whether successful or not, attracts life imprisonment, rail track vandalism should not be any less.

According to him, the track vandalism is being done in collaboration with foreign partners.

Amaechi said: “In Jos, they arrested a Chinese company that bought those tracks from them, went to court and court found them guilty and fined them N200,000.

Amaechi commended residents along the Lagos-Ibadan rail track as no incident of vandalism had been recorded along the route.

He said the Ministry and the Nigeria Railway Corporation were working at reducing the rate of vandalism but a lot still needed to be done.

The Minister frowned at the rate at which the tracks were being converted to shops and restaurants, especially in Port Harcourt and in Lagos.

Amaechi called on such offenders to desist or face the penalties.

He said: “The solution is put them in jail.

“All you need to do is pass a law, put them in jail.

“I’m sure if you take 15 to 30 people to court, if they are found guilty and you put them in jail, it will deter others.

“People have seized our lands and converted them to markets.

“We need people to leave our tracks alone for safety purposes.”

The Managing Director, NRC, Fidet Okhiria, also reiterated the need to penalise rail track vandals in the country to deter other offenders.

Okhiria said: “It is dangerous, it can lead to death of people, delays operation and it is not cost effective.

“Due to the vandalism, we have to send a monitoring train before we send a train.

“It costs money running in this condition and in some areas we are not able to run a train.

“What we are trying to do is to sensitise, let the communities know that government property is their own and to deploy more securities.

“The best thing is to sanitise our minds, knowing that if you vandalise the track, you don’t know of who will be affected.

“Technology is not cheap and any punishment that will deter these offenders I will support.”

NAN reports that the meeting, organised by the Ministry of Information and Culture, was attended by Community Chiefs, Security Personnel and various stakeholders.