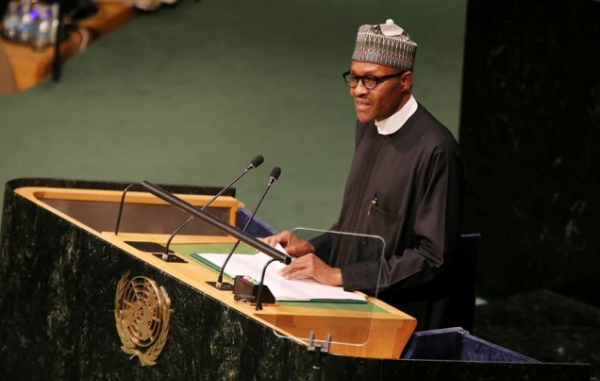 President Muhammadu Buhari, says the Federal Government’s introduced National Social Investment Programme, has in three years, lifted no fewer than 5 million Nigerians out of extreme poverty.
Buhari said this at the opening of the Global Youth Employment Forum of the International Labour Organisation in Abuja on Thursday.
He said that the forum was an opportunity for young persons to address the challenges of national economic stability.
Represented by Boss Mustapha, Secretary to the Government of the Federation, Buhari commended the ILO for committing itself to youth employment.
He noted that the Federal Government had an in-depth understanding of the rapidly changing demographics and the emerging world of work.
He said: “We note at this point that the issue of youth unemployment has assumed a global significant, and on the front burner of development discourse.
“The government of Nigeria understands the need to focus attention on youth empowerment by creating the enabling environment for job opportunities and capacity building.
“The present administration from the onset, made the investment in our people, one of the key goals of the Economic Recovery and Growth Plan, which is the national development blueprint from the period of 2017 to 2020.
“The implementation of the plan also has the flagship programme such as the National Social Investment Programme.
“It has yielded some measurable outcomes in the form of increased school enrolment and the creation of more jobs.
“One of the key components of the NSIP is the N-Power programme and its sub-components has led to the creation of job opportunities in different sectors of the economy for young persons.
“For example, in the past three years, the programme has yielded over 2 million direct and indirect employment opportunities and has lifted over 5 million Nigerians out of extreme poverty.
“In addition to this achievement, some sectors of the economy with high propensity for massive job creation and employment generation were specifically target by the government for various forms of support.’’
Buhari noted that these sectors included agriculture, solid minerals, power, works and housing, trade and investment, and also in the Central Bank of Nigeria.
The president said some programmes of the federal government were also targeted at the informal sectors, improving their capacity and boosting the domestic economy, such as the import restriction the executive order on ease of doing business.
The ILO Director General, Guy Ryder, called on governments and the social partners to foster pro-employment growth and decent job creation through macroeconomic policies.
According to him, with right macro-economic policies in place, it will promote youth employability, youth entrepreneurship and rights to tackle the social consequences of youth unemployment.
He said: “There is the need to promote macroeconomic policies and fiscal incentives that support employment and stronger aggregate demand, improve access to finance and increase productive investment, taking account of different economic situations in countries.’’
He recalled that at its 101st International Labour Conference in June 2012, the ILO adopted a Resolution calling for immediate, targeted and renewed action to tackle the youth employment crisis.
NLC President, Ayuba Wabba, said the event was an opportunity to cross-fertilise ideas in addressing the global challenge of unemployment and under-employment.
He said that young persons have the potential to contribute positively to national development, stressing the hope that the forum would seek out solutions to the fundamental issues fueling the challenge of work.
Earlier, Williams Alo, Permanent Secretary, Federal Ministry of Labour and Employment, said the forum reminded all countries to do things differently, saying Nigeria could not continue to do things differently  and expected a positive change.
He said: “After three years of rising unemployment rates, the ILO 2018 World Employment Social Outlook forecast a slight drop in global unemployment rate from 5.6 per cent in 2017 to 5.5 per cent in 2018.
“However, with ever increasing number of person entering into the labour market to seek employment, youth continue to face substantially worse labour market conditions that their adult counterparts.”