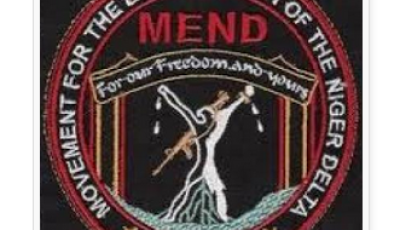 The Movement for the Emancipation of the Niger Delta has said President Muhammadu Buhari has agreed to release the leader of the Indigenous People of Biafra, Nnamdi Kanu; and the Okah brothers – Charles and Henry – both of who are standing trial for alleged terrorism.
MEND said this in a statement on Saturday in which it also revealed that the government has also agreed not to arrest Government Ekpemupolo, popularly known as Tompolo, who has been declared wanted by the Economic and Financial Crimes Commission.
It said an agreement has also been reached to review the life sentence handed to Edmund Ebiware, the alleged mastermind of the 2010 Independence Day bombing in Abuja.
According to the spokesman of MEND, Jomo Gbomo, the agreements were reached as parts of moves to resolve the Niger Delta crisis.
Gbomo said a former President of the Senate, Adolphus Wabara, led the negotiating team to the dialogue with the government representatives.
The statement by Gbomo said: “The Movement for the Emancipation of the Niger Delta (MEND) is the only militant group from the Niger Delta region who are presently engaged in a dialogue with the federal government of Nigeria – through oil companies and security agencies -with a view to resolving the current Niger Delta crisis.
“Thus far, the deliberations have been fruitful, various concessions and guarantees have already been secured. Some of which include, but are not limited to: release of Henry Okah, Charles Okah and Obi Nwabueze; review of the life sentence handed to Mr. Edmund Ebiware based on a proposal put forward by the Aaron Team representative for Abia and Imo states, Senator Adolphus Wabara.
“Also, conditional release of IPOB leader, Mr. Nnamdi Kanu and others if they renounce their agitation for a ‘Biafra Republic’.
“That Mr. Government Ekpemupolo shall not be arrested, harassed and/or intimidated whenever he makes himself available as a delegate of the MEND Aaron Team.”
Gnome said another negotiating team, led by a former Minister of Foreign Affairs, Odein Ajumogobia; and a prominent monarch in Bayelsa State, Alfred Diette-Spiff, has been scheduled to meet with President Buhari on August 22.
MEND said after the meeting with Buhari, the team will proceed to discuss with officials of the Nigerian National Petroleum Corporation and top security officials.
The statement added: “Meanwhile, MEND’s ‘Operation Moses’ shall be anchored by the AARON TEAM 2 Dialogue, Peace & Development Initiative jointly led by Mr. Odein Ajumogobia (SAN) and HRH King Alfred Papapreye Diette-Spiff, the Amanyanabo of Twon-Brass in Bayelsa State.
“‘Operation Moses’ shall commence with a visit by the distinguished members of the AARON TEAM 2 to President Muhammadu Buhari at the State House, Abuja between August 22, 2016 and August 26, 2016.
“Thereafter, the team shall hold sessions with top executives of major indigenous and international oil & gas companies operating in Nigeria, including the state oil company, Nigerian National Petroleum Corporation (NNPC) on August 29 and 30, 2016 in Abuja. The focus of those sessions shall include, to wit: Local content development; Petroleum Industry Bill; Corporate Social Responsibility/Host community relations, etc.
“On September 5 and 6, 2016 in Abuja the MEND Aaron team shall hold sessions with the top echelon of security agencies in Nigeria as well as the top management of the intervention agencies in the Niger Delta, namely: Ministry of Niger Delta; Niger Delta Development Commission (NDDC) and the Presidential Amnesty Office. The Minister of Justice/Attorney General of the Federation is expected to personally attend these sessions.
“The focus of the sessions shall include: Extension of presidential amnesty to certain categories of political prisoners in Nigeria; Fundamental Human Rights; NDDC Act in focus; Presidential Amnesty Proclamation 2009 in focus; collapse of federal infrastructure in the Niger Delta in focus; Calabar-Lagos rail line in focus; East/West Road in focus, etc.
“After these critical sessions, Operation Moses shall move to tour the 9 states in the Niger Delta region, commencing with Rivers state between September 12, 2016 and September 14, 2016. Between September 15, 2016 and September 18, 2016 the Aaron Team shall be in Bayelsa state.
“Between September19, 2016 and September 21, 2016 the Team shall be in Delta state. From Thursday September 22, 2016 to Sunday September 25, 2016 the Aaron Team shall be in Akwa Ibom state. Between September 26, 2016 and September 29, 2016 the Team shall be in Abia and Imo states. And finally, between October 3, 2016 and October 7, 2016 the Aaron Team shall be in Edo and Ondo states.
“The central clearing house for all activities connected with ‘Operation Moses’ shall be the MEND Aaron team 2 secretariat. Accordingly, the secretary of the team, Timipa Jenkins Okponipere, Esq., shall duly communicate with all concerned persons and institutions.
“Ultimately, peace and development in the Niger Delta region is the final destination of the ongoing dialogue between MEND and the Federal Government.”