FG flags off disbursement of grants to Jigawa vulnerable residents 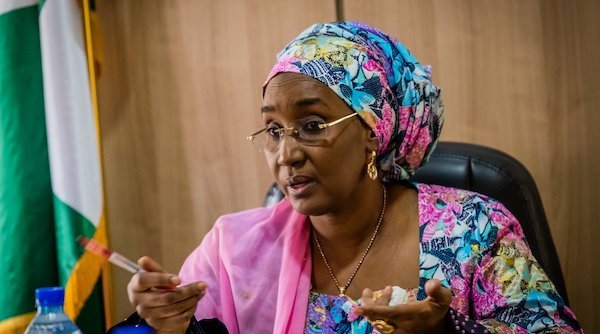 The Federal Government (FG) has flagged off the disbursement of Grant for Vulnerable Groups (GVG), with 4,537 vulnerable residents benefitting in Jigawa.

The Minister of Humanitarian Affairs, Disaster Management and Social Development,  Hajiya Sadiya Umar-Farouk, who inaugurated the programme in Dutse,  has expressed her appreciation to President Muhammadu Buhari over his vision to lift 100 million Nigerians out of poverty by 2030.

Umar-Farouk stated that since the inception of the Buhari’s administration in 2015 when it inherited a national poverty incidence level averaging 70 per cent, the Federal Government has paid more attention to generating solutions to address the plight of the poor and vulnerable despite other economic challenges it inherited.

She explained that the development informed the decision to initiate the National Social Investment Programme (NSIP) as a strategy for poverty reduction and enhancing social inclusion among Nigerians, especially women in rural areas.

The Minister said that the NSIP has been acclaimed by many to be the largest and most ambitious social protection programme in Africa.

She said it was currently attracting many partnerships with even international development partners.

According to her, since the introduction of the NSIP in 2016, it has impacted positively on the lives of the poor and vulnerable in Nigeria.

“I have personally witnessed the life changing experiences of people who hitherto lived below the poverty line and those that are vulnerable to shocks, but are now living better,” she said.

Umar-Farouk stated that the GVG programme, introduced in 2020 to sustain the social inclusion agenda of the present administration, is consistent with the national target of lifting 100 million Nigerians out of poverty in 10 years.

She said that it was designed to provide a take-off grant to some of the poorest and most vulnerable Nigerians in rural and peri-urban areas of the country where a cash grant of N20,000 would be disbursed to the poor and vulnerable category across the 36 states of the federation and the Federal Capital Territory.

“Using this grant, many of the beneficiaries will improve their productivity and their commercial activity, all of which will help in easing them out of poverty.

“Let me add here that our target in Jigawa is to disburse the grant to 4,537 beneficiaries across the 27 Local Government Areas of the state.

“In line with President Muhammadu Buhari’s social inclusion, 70 per cent of the total number of beneficiaries is for women while the remaining 30 per cent is for the youths.

“In addition, about 15 per cent of the total number of beneficiaries is specifically allocated to the segment of the population with special needs, including Persons with Disability (PWDs) and senior citizens in the state,” she explained.

The Minister also encouraged the state government to emulate the Federal Government’s gesture and extend similar interventions to promote social inclusion in its policies, programmes and projects.

She expressed the hope that cash grants would increase income and productive assets of target beneficiaries, especially now that economic challenges at global and local levels affect the socio-economic situation of Nigerians.

“It is our hope that the beneficiaries of this programme will make good use of the grant to improve productive activities that would generate more income and improve their living standard,” she said.

The Minister also flagged off the digitized cash transfer payment system for the Conditional Cash Transfer Programme (CCT) in the state.

Umar-Farouk said the programme was to create room for reliable, transparent and accessible database for seamless disbursement to beneficiaries of the programme.

In his remarks, Gov. Muhammad Badaru of Jigawa commended the FG for the gesture which, he said, enabled women and youths to engage in productive activities and become self-reliant.

He said that a large number of indigent residents of the state are benefitting from the three components of the NSIP.