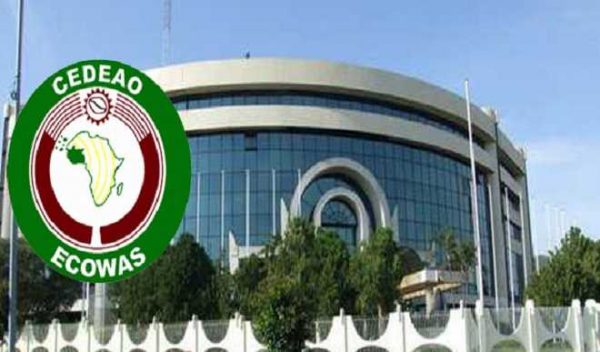 The President of the ECOWAS Commission, Jean-Claude Kassi Brou, says the commission in collaboration with Nigerian Government will provide boreholes, rehabilitate damaged schools and health facilities in communities affected by insurgency in the Northeast.
The president, who was represented by Dr Siga Jagne, Commissioner, Social Affairs and Gender, ECOWAS, said this in Abuja on Monday at the symposium organised to commemorate the World Humanitarian Day.
The News Agency of Nigeria reports that the 2019 World Humanitarian Day has the theme: “Celebrating #Women Humanitarians”.
Brou said that the United Nations has rightly chosen the 2019 humanitarian day to honour women, who have acted as first responders to the darkest hour of crisis.
According to him, this year’s campaign on women humanitarians support the recognition that women deserves a part in strengthening of global humanitarian response as well as in protection efforts under the international law.
He said: “This world humanitarian day continues to recognise the suffering of millions of civilians caught in conflict, particularly women and children.
“People in cities and towns struggle to find food, water and safe shelter while fighting drives millions from their homes; schools are destroyed and children are recruited and forced to fight.
“Women are abused and used as tools of war.
“As humanitarian workers deliver aid and medical workers help the wounded and sick, they are directly targeted, treated as threats and prevented from bringing relief and care to those in desperate need.”
He said that the commission would work with all partners to sensitise the public during peace and conflict times of the need not to see humanitarians, especially women humanitarians as targets.
He added that humanitarian workers must be respected and protected.
According to him, the need for humanitarian services is on the increase worldwide and the challenges of delivering them are also increasing in a world that is conflict saturated.
Brou stressed the need to create enabling environment for these important humanitarian professionals to carry out their tasks.
He reiterated the commission’s commitment to continue to work with Member States and partners to promote the protection of humanitarian workers through policy orientation and advocacy.
He disclosed that the commission has since 2013 been providing assistant to the affected population in the Northeast.
The Director General, National Emergency Management Agency, Mustapha Maihaja, said the day provides the opportunity to reflect on the risk associated with the provision of humanitarian services in the country.
Maihaj, who was represented by Vicent Owan, Director, Disaster Risk Reduction, NEMA, said it was also designated to honour the heroism, who defy obvious dangers to offer hope and succor in dire situations.
He disclosed that the United Nations General Assembly in 2008 set aside 19th of August every year as the World Humanitarian Day.
He said this was to commemorate the 2003 terrorists attack in Bagdad, Iraq where 22 people lost their lives including the UN High Commissioner for Human Rights and Special Representative of the Secretary General to Iraq, Sergio Vieira de Mello.
“Sadly, attacks on humanitarian workers have been on the increase.
“For instance, in 2015 four NEMA staff survived an attack on a camp of Internally Displaced Persons camp in Yola where they were providing humanitarian supports.
“But another staff, John Iliya was not so lucky as he was killed by Boko Haram insurgents on 8th August 2018 in the line of duty while providing supports in Borno State.
“In April 2019, four staff of the Agency on humanitarian service in community affected by flood in Rivers State were kidnapped and spent more than 7 days in captivity.
“Recently, the emergency rescue equipment of the agency in Central Business Area, Abuja, were razed down in another attack targeted at NEMA personnel and facilities.”
Ngozi Azodoh, Director, Special Projects Dept. And National Coordinator, Health Sector Response Programme to Humanitarian Crisis in Nigeria, Federal Ministry of Health said every woman in conflict was a humanitarian worker.
She said that the ministry started its humanitarian response with the Northeast as a result of its urgency.
Azodoh said that the ministry has developed a health and children emergency response in the Northeast.
She said: “In providing health services we are mindful of the critical components, which is gender base violence.
“Women are at risk when they are in humanitarian needs and also at risk when they are humanitarian health workers.
“Women are at risk mentally, they are at risk physically they are at risk sexual and they are at risk in any way you look at it.
“So we need to provide health support that is targeted for the female in humanitarian crisis and for the female health care workers in Humanitarian crisis.”