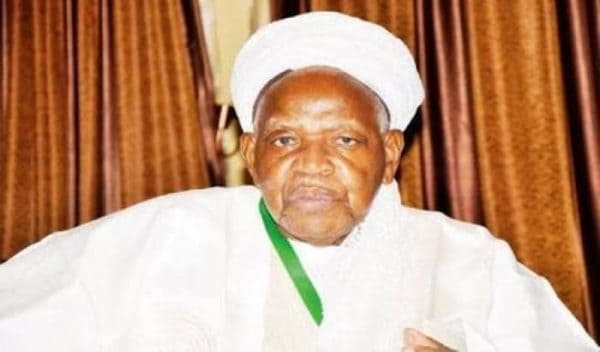 The Federal Government has condoled the government and people of Katsina State over the death of retired Justice Mamman Nasir, who was the Galadima of Katsina.
Nasir, a former President of Court of Appeal, was the district head of Malumfashi in Kastina State.
The leader of Federal Government delegation, Malam Abba Kyari, the Chief of Staff to President Muhammadu Buhari, presented a letter of condolence to Governor Aminu Masari on Monday in Katsina.
Kyari prayed to Allah to forgive all the sins of the deceased who died at the age of 90.
He said that President Buhari was deeply touched by the death of “a great son of Katsina and a good adviser to the Federal Government”.
Responding, Masari said that the deceased was a great jurist who served the nation’s judiciary diligently.
He said: “We in Katsina will surely miss his advice on security matters which he always give without any problem.”
The governor was represented by his Deputy, Alhaji Mannir Yakubu, who also prayed for the repose of the deceased and the family the fortitude to bear the loss.
NAN reports that several people had been trooping to Katsina to condole the government, people and the family of the deceased.