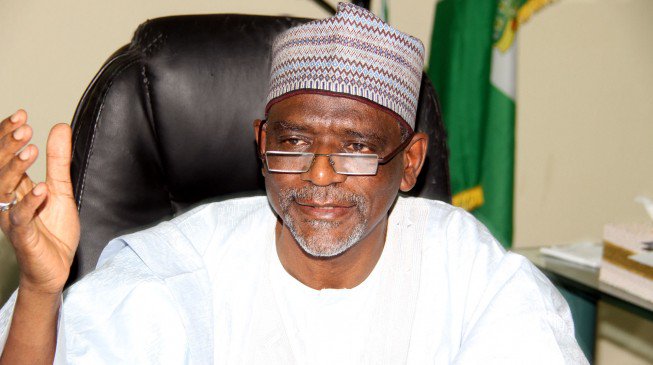 The Minister of Education, Malam Adamu Adamu, has expressed the Federal Government commitment to strengthening the capacity of Polytechnics to train competent graduates in Human Resource Management.
This is to enable such graduates to contribute to industrial and technological development of the country.
Adamu gave the assurance at the Combined 9th Convocation Ceremony of the Federal Polytechnic, Nasarawa, Nasarawa State at Ta’al Sport Complex on Saturday.
The minister was represented by the Director of ICT, Federal Ministry of Education, Ifegwu Orji.
The minister, who said that Polytechnics had a pivotal role to play in the area of technical and vocational training, urged institutions of higher learning to develop and inculcate in youths, appropriate attitudes and career guidance to enable them engage in lifelong learning and development.
According to him, government believes that solving unemployment in the country will ultimately be through technical and vocational education and training.
Adamu said that the government decision to diversify the economy was based on the consideration that, there were several opportunities for self-employment, especially in the agriculture value chain.
He said that government was making all necessary investments, in both human and material terms, to ensure that Nigerian tertiary institutions ranked among the league of global institutions.
He said: “In this regard, efforts are being made through the Tertiary Education Trust Fund and other funding sources to upgrade our institutions in the areas of academic and infrastructure development.”
Earlier in his speech, the Acting Rector of the Federal Polytechnic, Malam Abdullahi Alhassan, said the institution had recorded substantial development since its last convocation, cutting across infrastructure, academic, staff development and students enrollment.
Alhassan, however, decried inadequate funding which he said had slowed down activities of the institution in certain key areas of operations.
These areas he said were procurement of equipment and provision of highly-needed classrooms, laboratories, studios, staff offices among others.
The acting rector also expressed concern over lack of perimeter fencing around the campus of the polytechnic, saying that the development posed security challenge to the institution.
According to him, lack of such facility can easily be felt, especially in the area of encroachment and trespass.
Adamu said: “While we passionately appeal to the Federal Government to assist the polytechnic in this area, we are equally soliciting from well-meaning individuals, organisations and corporate bodies to assist us through the Private Public Partnership Policy of the Federal Government.
“Considering the need for monitoring security on our campuses as well as control of students’ conduct, the provision of hostel accommodation is highly an imperative.”
The acting rector, however, commended President Muhammadu Buhari for his continuing support to take the polytechnic to its present state.
He said: “We remain most appreciative and pray that we will continue to get more support through the various interventions of TETFUND.”
The News Agency of Nigeria reports that 23,128 graduates were awarded Higher National Diploma, National Diploma and Polytechnic Diploma at the occasion.