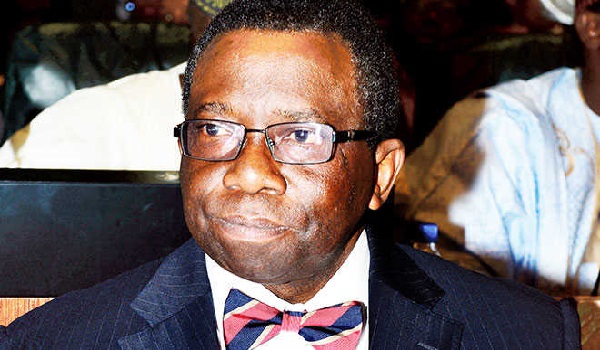 The Federal Government has reiterated its commitment to achieving Universal Health Coverage in the country in line with the United Nation’s Sustainable Development Goals for 2030.
The Minister of Health, Prof. Isaac Adewole, stated this while delivering a lecture in honour of Emeritus Professor Kelsey Atangamuerimo Harrison at the University of Port Harcourt, Rivers State on Tuesday.
The minister, who paid glowing tribute to Harrison for his immense contribution to the development of the nation’s health sector, noted that one of the priority objectives of the SDG-UHC is to strategically build on the gains and also address the unfinished business of the MDGs, as well as engender equity in access to foster universality.
Adewole pointed out that lessons learned over the years have shown that countries that attained UHC strategically focused on covering financing and service provision gaps.
Adewole lamented: “Improvements in health outcomes have been slow over the last decade and two-thirds of the burden of disease remains illnesses affecting mothers and children.
“Nigeria has one of the highest rates of maternal mortality in the world at 576 deaths per 100,000 live births, 2.6 times the global average. This is almost the same as in the 2008 Nigeria Demographic and Health Survey (545 deaths per 100,000).
“Infant mortality, 69 per 1,000 live births and under-five mortality; 128 per 1,000 live births fared better, declining 26 and 31 per cent respectively over the last 15 years preceding the 2013 NDHS. Still, one in eight children die before reaching their fifth birthday – far from the GON’s Millennium Development Goal targets.
“There has also been little progress on reducing malnutrition.  While stunting declined from 41 per cent in 2008 to 37 per cent in 2013, the proportion of wasted (18 per cent) and underweight (29 per cent) children worsened. Malaria prevalence was also 27 per cent among children under five.
“Wide variations in service delivery by place of residence, mother’s education, and household wealth influence early child mortality, revealing stark inequalities by socioeconomic status and the ongoing challenges to shared prosperity and poverty reduction.”
According to Adewole, service delivery for key maternal and child health interventions does not exceed 40 per cent coverage among the eligible target population, except for antenatal care.
He added: “Service delivery in the North regions is consistently worse than in the South.  Coverage among urban women and children is 2-3 times more likely than among those living in rural areas.  Mothers with more than a secondary education are eight times more likely to deliver in a health facility or have their delivery attended by a skilled professional and nine times more likely to have their children fully vaccinated than mothers with no education.”
The minister noted that weak governance and accountability systems have so far hindered service delivery performance and make it harder for the health sector to make its case as an efficient and cost-effective sector.
“The lack of reliable and up-to-date data on available resources for health and the cost and use of health services make it difficult to inform the prioritization and budgeting process for the sector,” he said.
The minister said despite these challenges, the government has reiterated its commitment to achieving universal health coverage by focusing on primary health care and providing access to financial risk protection mechanisms.

LASUTH ready to assist in curtailing spread of COVID-19 — CMD