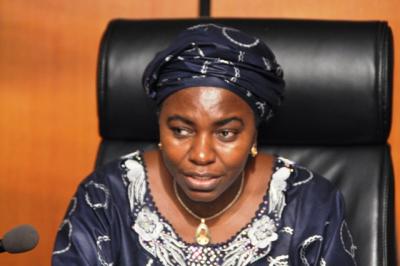 The Permanent Secretary Federal Ministry of Water Resources, Musa Istifanus, has clarified the current status of the Okpella water project in Etsako Local Government Area of Edo State.
Istifanus, who made the clarification in a statement, said the project was one of the ongoing projects not yet completed due to insufficient funding.
However, it was listed among the projects that were documented by the Federal Ministry of Water Resources at the inception of the present administration for completion.
It should be recalled that the project was initially awarded by the Petroleum Trust Fund in 1998 and was later transferred to the Federal Ministry of Water Resources after the winding down of the PTF in 2000.
According to the Permanent Secretary: “The contract was initially awarded at the sum of N321,190,848.41, advance payment made by PTF was N157,860,865.74, certified works by PTF (supply of pipes and fittings) was N262,458,447.76 and the liabilities inherited by the Ministry was N104,597,582.04. The Ministry has so far made payment of N60,000,000.00.”
At the inception of the administration, Istifanus said “the ministry under took a nationwide assessment of several abandoned projects in the water sector including the Okpella Water Supply Project which was estimated to cost N800,000,000.00 and documented them properly for completion by the Federal Government of Nigeria”.
The project was later reviewed by the Bureau of Public Procurement to N789,934,486.00 in 2011 to ensure its completion.
However, due to funding constraints, the project was only provided for in the appropriation for 2012-2014, with the total releases of and payment of N60,000,000 only in the years 2012 and 2014
As a result of mis-information on the project status, the Okpella Progressive Union wrote a petition which necessitated the Economic and Financial Crimes Commission to physically investigate the project.
The EFCC verified the project status as ongoing.
However, the Federal Government has assured Nigerians of its commitment to complete all ongoing water projects, including the Okpella Water Supply Project.
The Ministry emphasized that at no time had the project been listed as having been completed, but rather as an ongoing project.