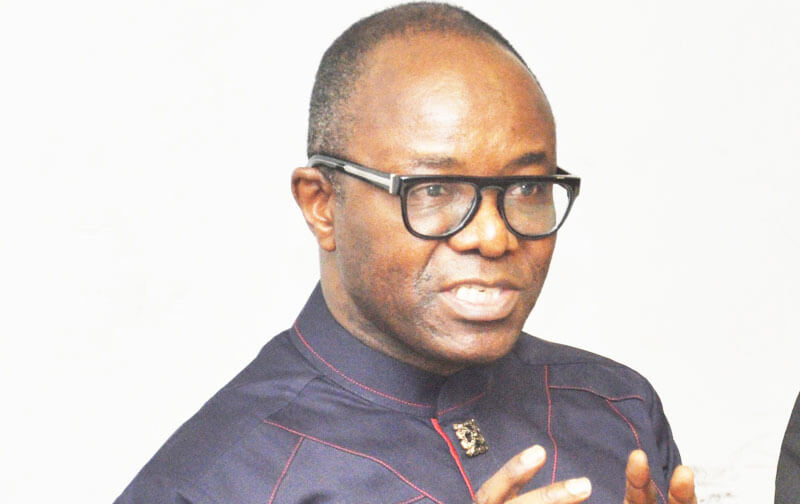 The National Economic Council on Thursday endorsed the approved proposal for the changing of the Joint Venture funding regime for the oil industry.
By the endorsement, the cash call mode of funding partnerships in the industry has been eliminated.
The Minister of State for Petroleum Resources, Dr. Ibe Kachikwu, gave the hint while addressing State House correspondents after the NEC meeting.
The alternative funding system was approved by the Federal Executive Council at its meeting in Abuja on Wednesday.
Kachikwu noted that current cash call arrears in the oil sector in the last five years stood at $6.8 billion.
According to him, in 2016 alone, there was an unpaid accumulated cash call arrears of more than $2.5 billion.
The minister said there was no justification for the arrears in the past years when the price of crude oil in the international market was about $110 to $120.
Kachikwu said the accumulation in 2016 was caused by the effects of militancy and the drop in oil price to less than $40, making it difficult for the administration to sustain its ability to meet up with its cash call obligations.
He said the shortfall created more problems in the industry.
He said: “You find that your reserve begins to deplete, your ability to maintain production at current levels begin to disappear, cost of per barrel of production in JV continues to rise because of the very little volume chasing after the cost.
“At the end of the day, investor confidence is waned and a lot of projects that ought to have happened in this country were basically abandoned.”
According to Kachikwu, the ministry early in the year in collaboration with staff of the Nigerian National Petroleum Corporation tried to find out a solution to solving the JV cash call.
He said: “What we have been able to put together has enabled us to shave about $1.7 billion savings for the Federal Government from the $6.8 billion that was previously owed.
“So we are going to owe only $5.1 billion as opposed to $6.8 billion.
“The $5.1 billion, however, will be paid over a period of five years, interest free, and the barrels to pay those will come from incremental barrels generated by the oil companies not on the current 2.2 million barrels.
“In order words, if for any reason we are unable to meet those thresholds, we will not pay the $5.1 billion.
“So that is fantastic.”
The minister said that the 2016 indebtedness would be covered through two thresholds, one of which was to do an accelerated cash call payment of $1.5 billion between October and December.
Kachikwu said the ministry was seeking resources from the Federal Government in that regard.
He said there was also the plan to try and address that through some of the country’s reserve or its holding in LNG or both or also to seek alternative funding.
He said: “Beginning next year, if things go into place, the issue of cash call era would have disappeared.
“This will be the most important decision in the upstream company in the last 30 years.
“The effect of this is that investments in excess or close to $15 billion are likely to be announced by the oil companies, bringing back most of the projects in a couple of weeks once this is signed.
“In addition, we are targeting using this as a parameter to save at least $1 billion in production expense per annum beginning 2017.
“Additionally, we are looking at reducing the cost per barrel of production from the current $27 per barrel, which is one of the highest in the world, to about $18 per barrel in the next two years and about $15 over the next four years.”
Kachikwu said that the barrel reserve per day production should increase to about 2.5 million barrels by 2019 and potentially to about three million barrels by 2021.
He said there would be very dramatic effects in the JV review as the southward slide in terms of production would cave and go upwards.
He added that oil companies would return to activities and there would be resilience in the sector, confidence in investments and more jobs would be created.
Kachikwu said: “More fundamental really, for the first time the oil industry will take responsibility to arrange its own funding and be able to produce more oil and save the Federal Government the whole budgetary nightmare of cash calls every year.
“This is a very dramatic move in the oil industry and we are going to make presentations to the National Assembly to bring the members up to date on this within the threshold of the existing law.”